ABC has two major events coming up. The running of the ABC 2017 Fall Crown Cup and the ABC 6th Anniversary celebration! 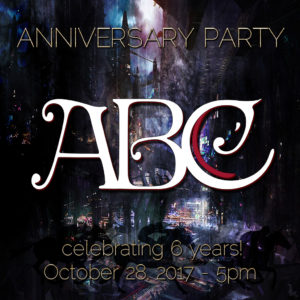 ABC 6th Anniversary Party
Theme-Cyberpunk- Feel free to dress in theme or just come as you are!
Location: LM sent out closer to event
5 pm SLT

Join us for all the festivities and fun through out the ABC Crown Cup and Anniversary Celebrations!