ABC has to major events coming up. The running of the ABC 2017 Fall Crown Cup and a major milestone celebrating the ABC 6th Anniversary! 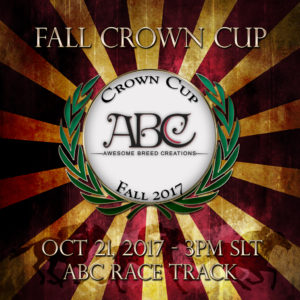 Winners After Party (following crown cup race)
Evil Carnival
(Dress in costume or whatever you you like)
Location: LM sent out after race

Join us for all the festivities and fun throughout the ABC Crown Cup and Anniversary Celebrations!