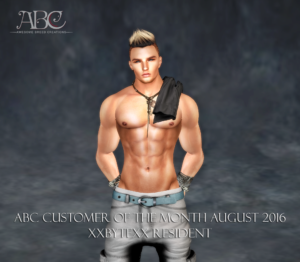 Congratulations xXBYTEXx Resident for being chosen as the ABC – Awesome Breed Creations August Customer of the Month.

xXBYTEXx Resident AKA Blue to his friends, is fairly new to ABC, but has taken quickly to the horses and ponies. His favorites are the Clydesdale and the Pottok. 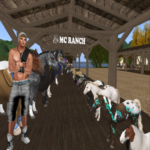 xXBYTEXx started MC Ranch and participating on the Pony Shows. He won Best In Show in July this year. He said he was surprised as it was the first time he entered.

Talk around the grid is that xXBYTEXx is a bright light in the dark and easy going! You can’t help but be cheered up when he is around. 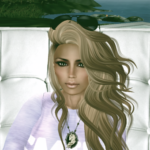 Quote: xXBYTEXx is great! so friendly and can cheer you up in an instant he is very helpfull to anyone he meets. ~ biancaj89 Resident

xXBYTEXx and his friends find unique ways to pass the time when waiting for a foal to drop like dancing around the horses in the pens, playing greedy or just hanging out! 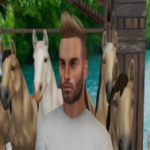 Quote: At times we will be reaching him how to play greedy and getting him into his first greedy tournament after only playing for 3 days… he was so happy! Now he kicks my butt every game. ~ jonnyhatesjazz Resident

During the pony and horse shows he keeps everyone entertained and laughing. It makes the time go by fast and cheerfully.

Quote: The thing that stands out about him is when we were preparing for a pony show,  he wanted to be “extra sexy” for the judge?He had me laughing so hard. ~ Francesco Smadga

When it comes to the shows everyone is impressed with xXBYTEXx creativity and well thought out themes. He combines it with his personality and humor, which in turn adds to the fun and artists of the shows.

Overall the community holds xXBYTEXx in high regard for his humor, listening and helping qualities. then on a side note there is the underlying business savvy. 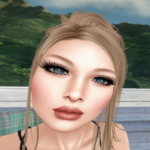 Quote: He has many good qualities, but the best one i know is he will be there when you need him and he will listen and take time. He is very helpful and wants the best for the people he cares about. ~ Maran Dinosaur 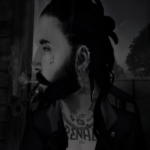 Quote: I am really glad that Blue won Customer of the month because he has really put his heart and soul into his horses and ponies to make his business successful and his love for ABC, the horses, ponies and the ABC Community shows daily. ~ matthsuogan Resident

Congratulations xXBYTEXx Resident, you are an inspiration among the ABC Community.