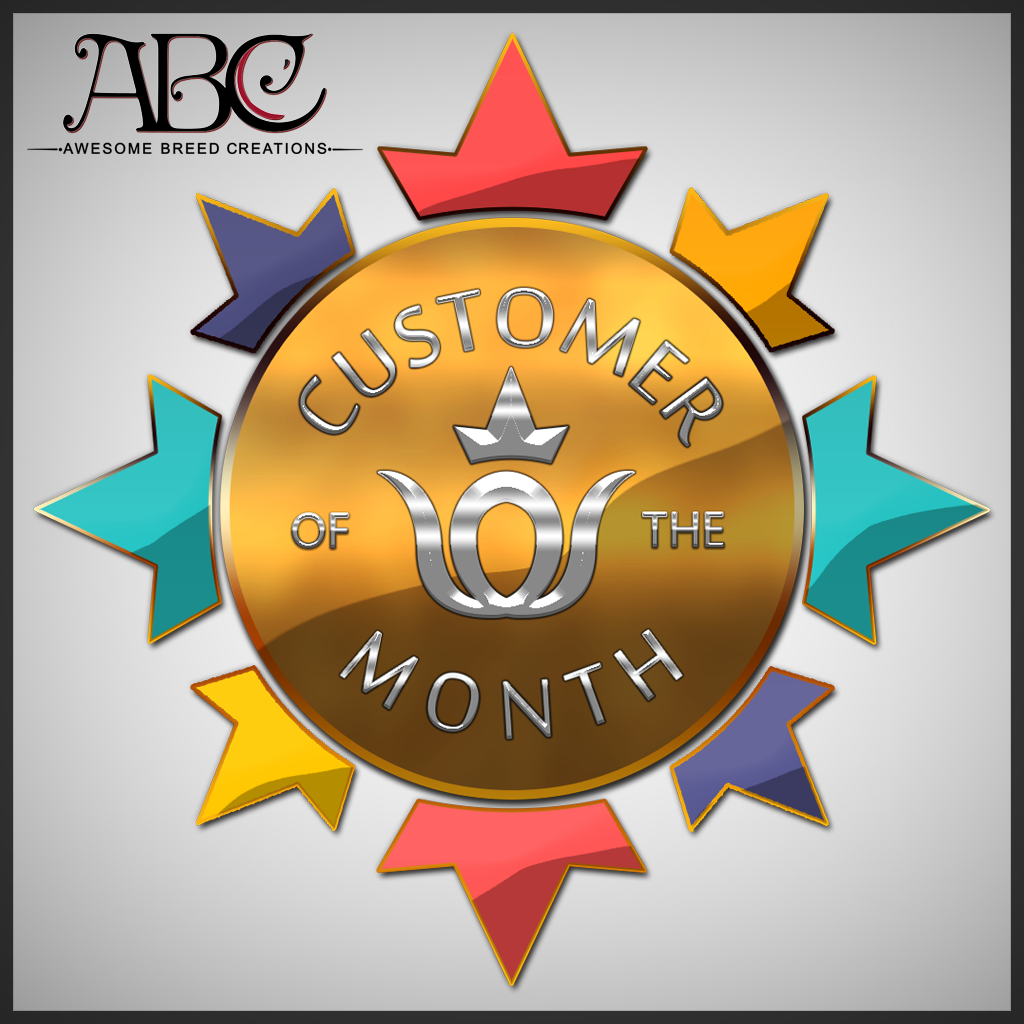 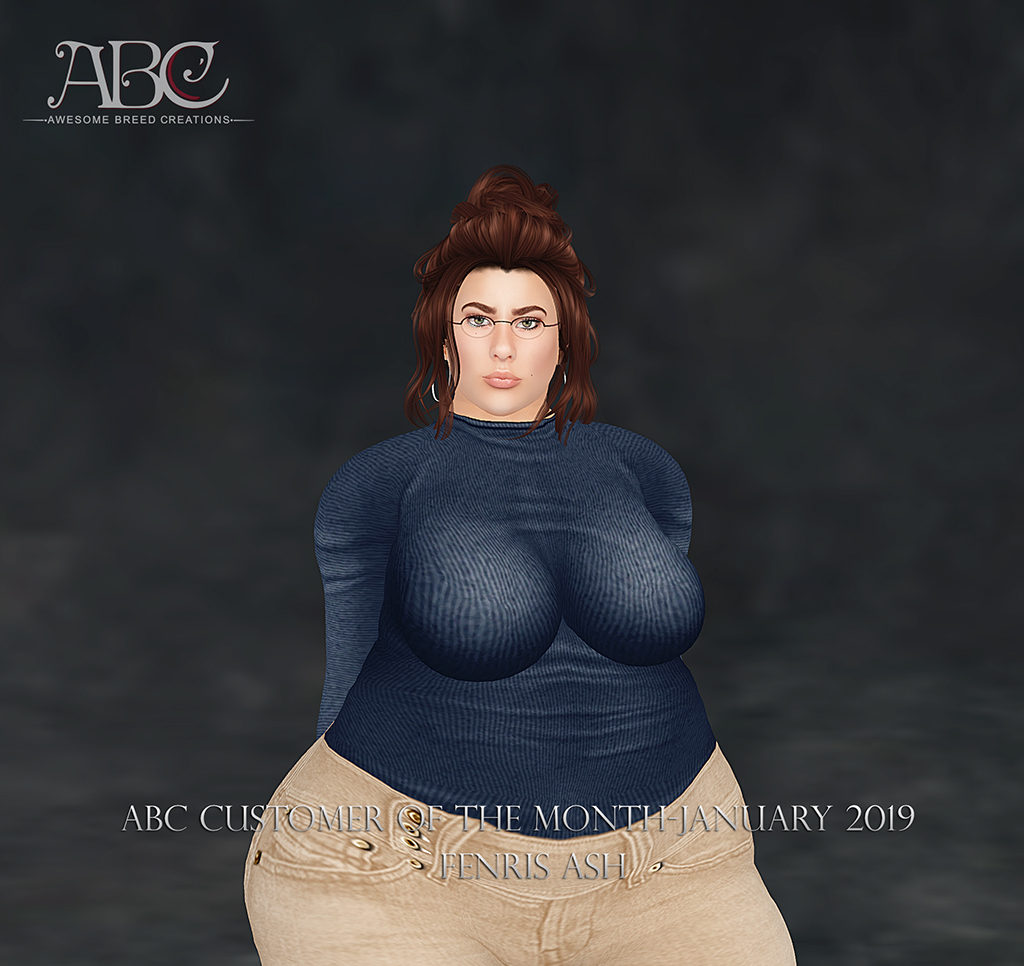 Congratulations Fenris Ash for being chosen as the ABC – Awesome Breed Creations January 2019 Customer of the Month.

Fenris is a shining star when it comes to the ponies. She encourages everyone to breed the ponies and build the pony community.

She is an outstanding pillar in the community and spreads cheer to everyone she meets. Fenris participates in as many ABC events and activities as possible and is always a delight to be around.

Fenris is quick to offer help and even quicker to make friends with everyone she comes in contact with.

Congratulations Fenris… you are an inspiration among the ABC Community.

How to become ABC Customer of the Month…

Once per month one of our most outstanding ABC – Awesome Breed Creations Customers will be selected as the Customer of the Month. With this title you will have your picture placed in the ABC Main Shop. You will be awarded a special ABC Quest Badge in honor of being such a wonderful customer. You will also get to pick out 1 select prize pack!

Examples of what we will be looking for in the selection of our ABC Customer of the Month. Be kind to others, be helpful, polite, courteous and never be afraid to make someone smile!

You must also BE a member of the ABC Main Group & have a pick in your Second Life profile featuring ABC – Awesome Breed Creations.

We look forward to celebrating you all, and can’t wait to select our very first ABC Customer of the Month!

***Note: If you are chosen as the ABC Customer of the Month and you accept you are giving ABC permission to use your name and image for ABC Social Media and in Second Life to promote ABC in its advertising and promotions (not limited to)***