Congratulations to the Winners of the ABC 2018 Summer Crown Cup!

This last week ABC had the running of the 2018 Summer Crown Cup featuring the Pony Flat QL 4 and the Horse Small Flat QL 5 was held. The winners have secured their place in ABC history and took home 125,000L$ prize package per race! 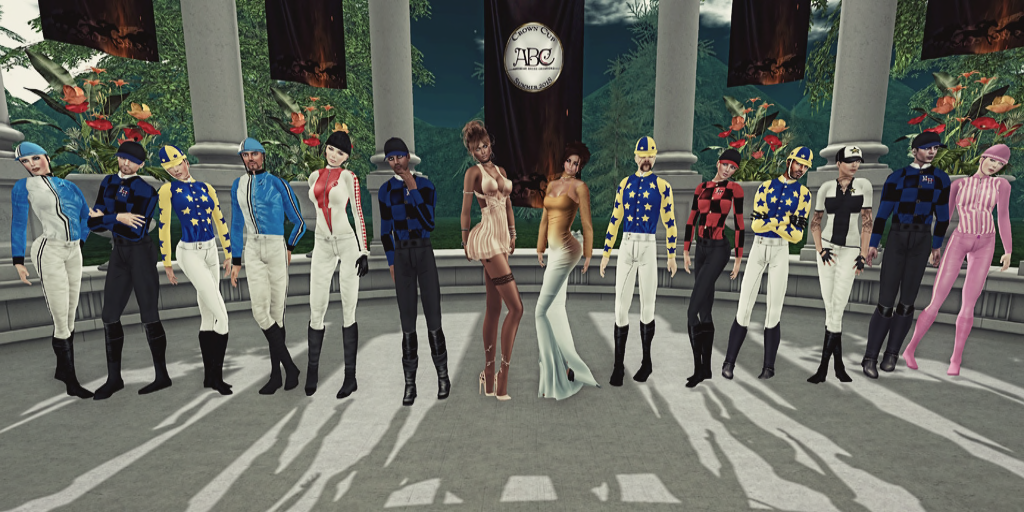 Winning the Crown Cup requires a great deal of skill and perseverance but more that it is passion and drive. It takes strength of spirit to put together a winning combination of breedable, jockey, and qualifying race times. This is no easy task and those that participate are forever in the history books of ABC Racing. 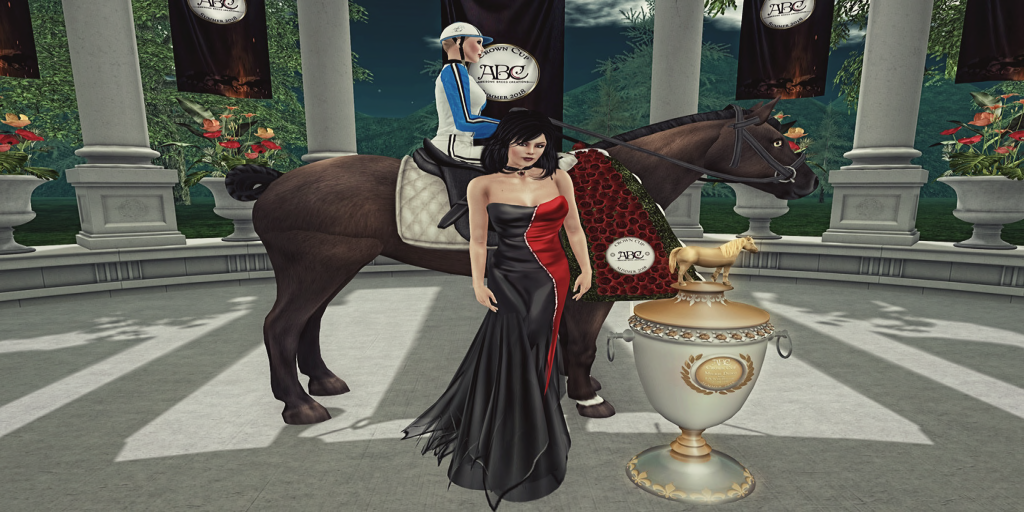 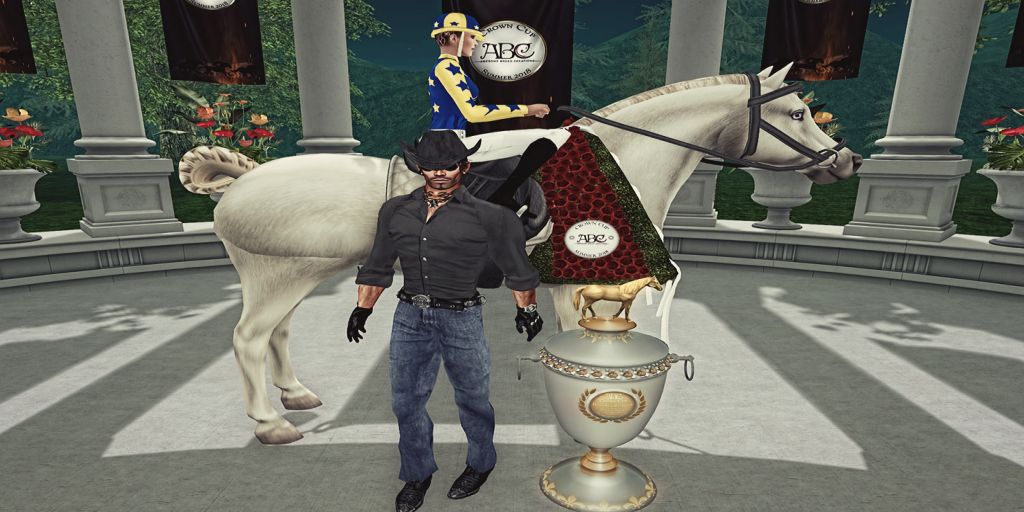 With all the amazing racing going on, ABC provides many events and activities for the entire community. Throughout the week prior to the Crown Cup we had several events… Jockey party, fishing tournament, mule decorating contest, and then after the Crown Cup the After Party to celebrate the Winners and Qualifiers.

Once the Crown Cup was over everyone celebrated till the wee hours at the Midsummer Fire After Party. DJ Wingtips always keeps the party going and stays until the revelers fade away! 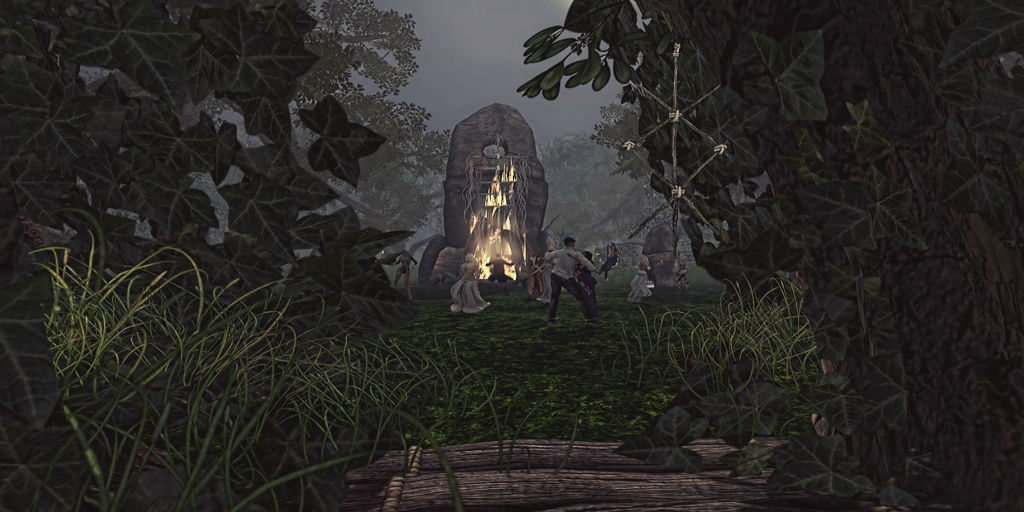 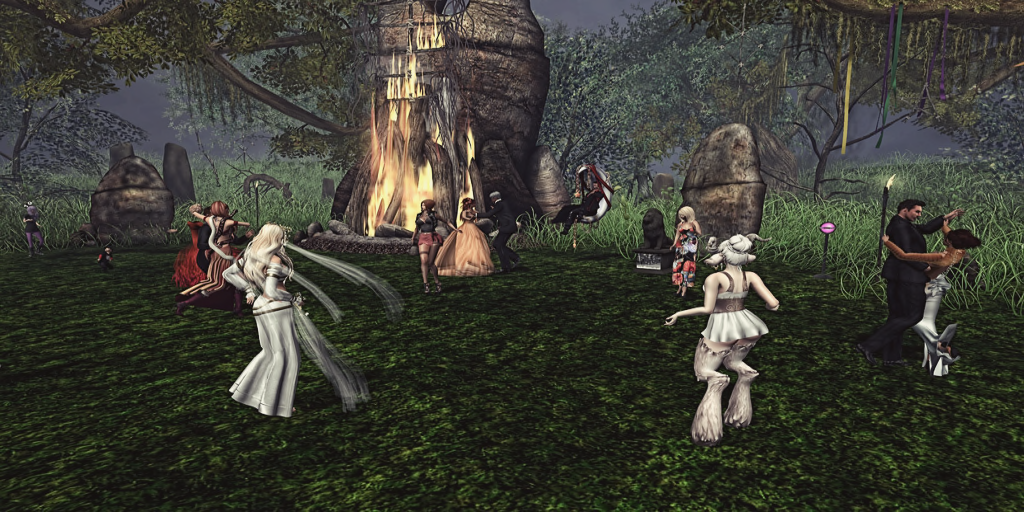 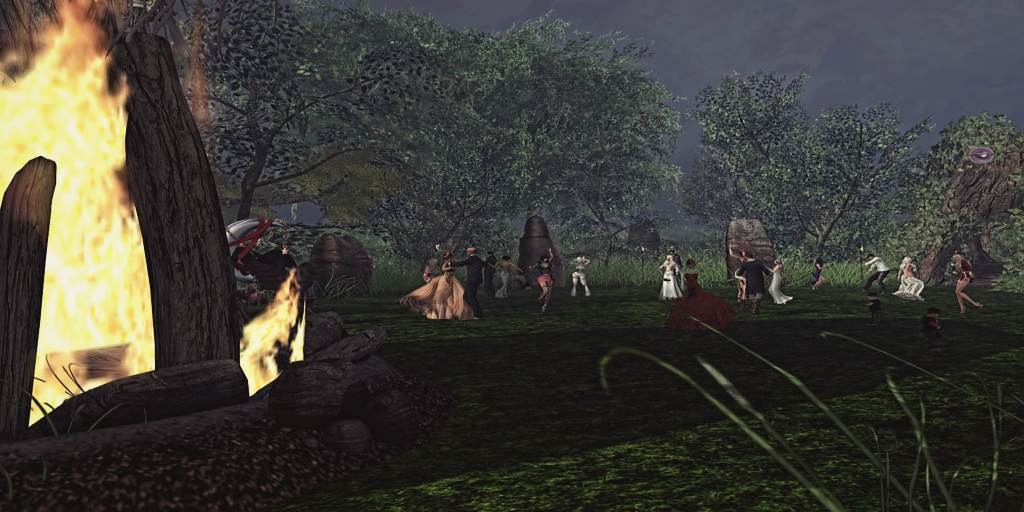 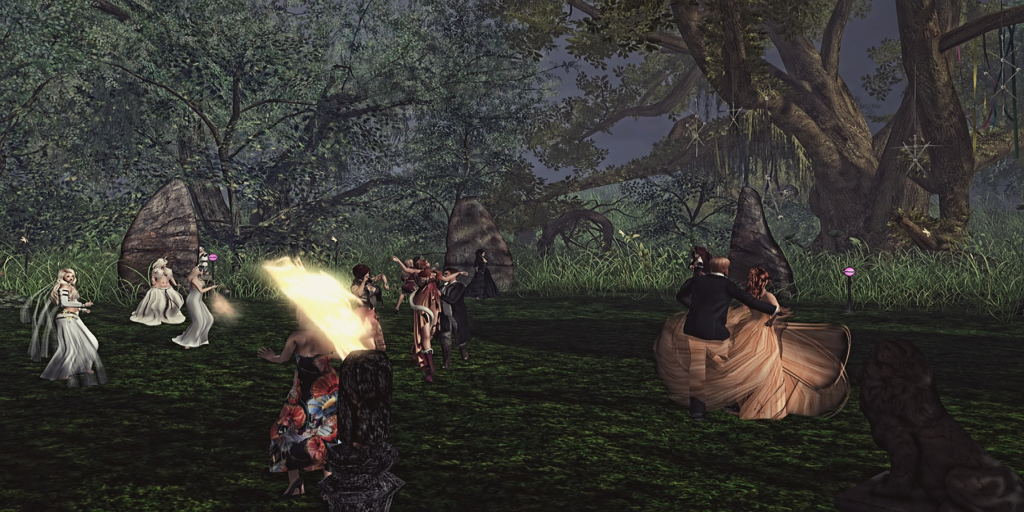 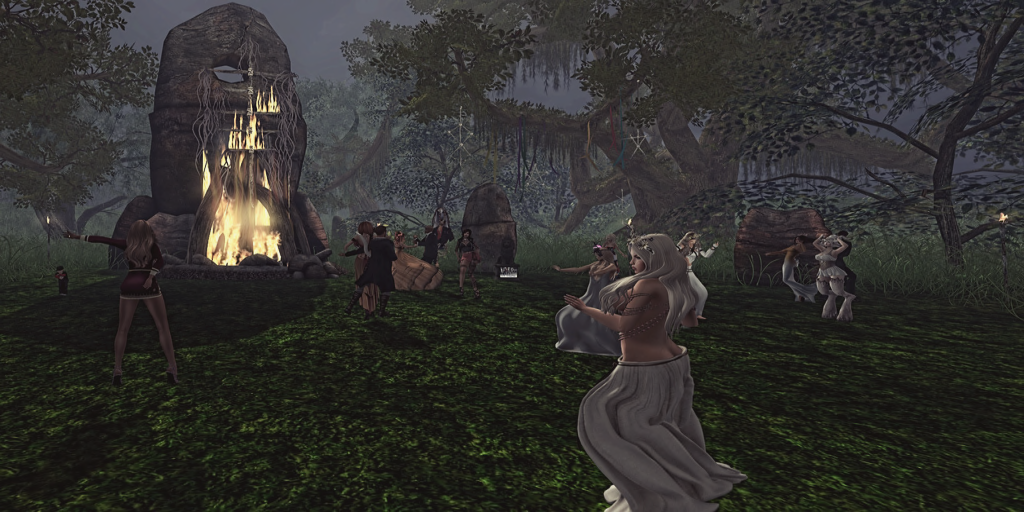 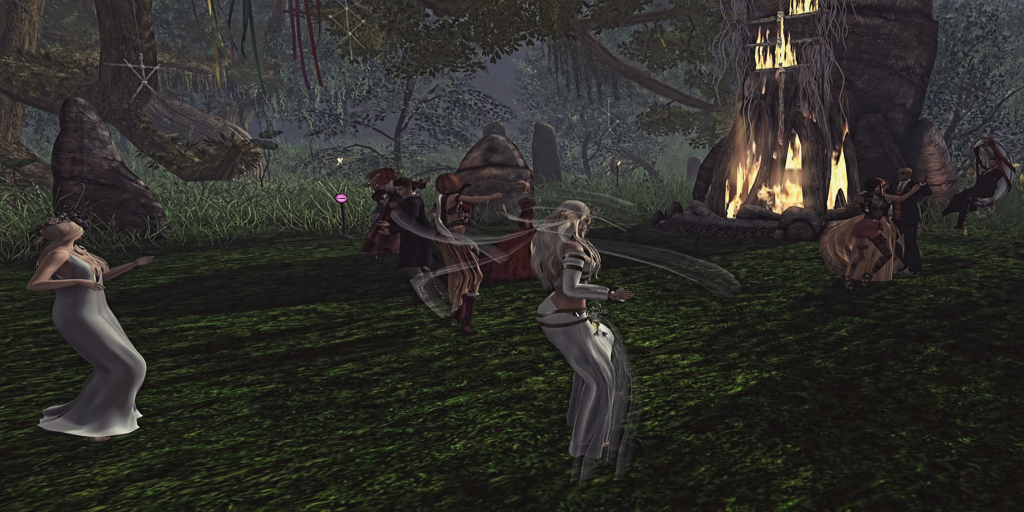 Stephanie Merrienboer, ABC Co-Owner joined the fun with a couple of her slithery friends. She was excited to celebrate another successful Crown Cup. It is one of the highlights of ABC. She congratulated the winners and danced the night away with the community!

The After Party was a blast and no one wanted to leave but slowly they faded off into the night and the venue went silent with the remnants of music and whispers.

Taking a look back at the week, it started out with a Jockey Party to celebrate the jockeys and the diligence and hours of practicing their racing skills. Darcul Bellic, Co-Owner of ABC was having fun with the staff and put Kazoo Cooljoke on the ceiling for fun!  ღƤɑɱĕļɑ ÐƐIÐღ (Pammiejean) and the Racing Authority know how to put on a great party!

At the beginning of the week, we started the Mule Decorating contest which was judged on race day. This is where we see the amazing creativity of the community and it is also a great way to give them the opportunity to participate. 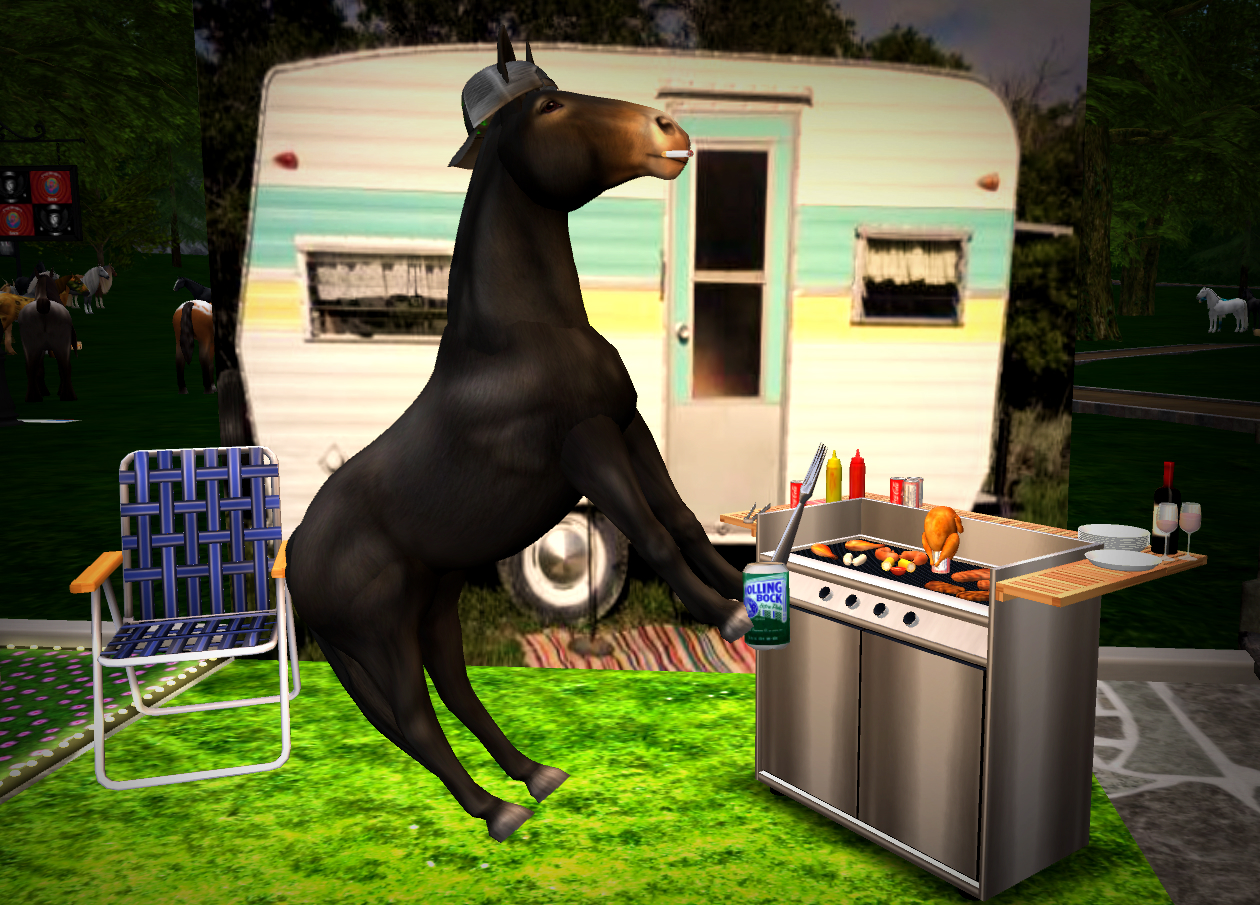 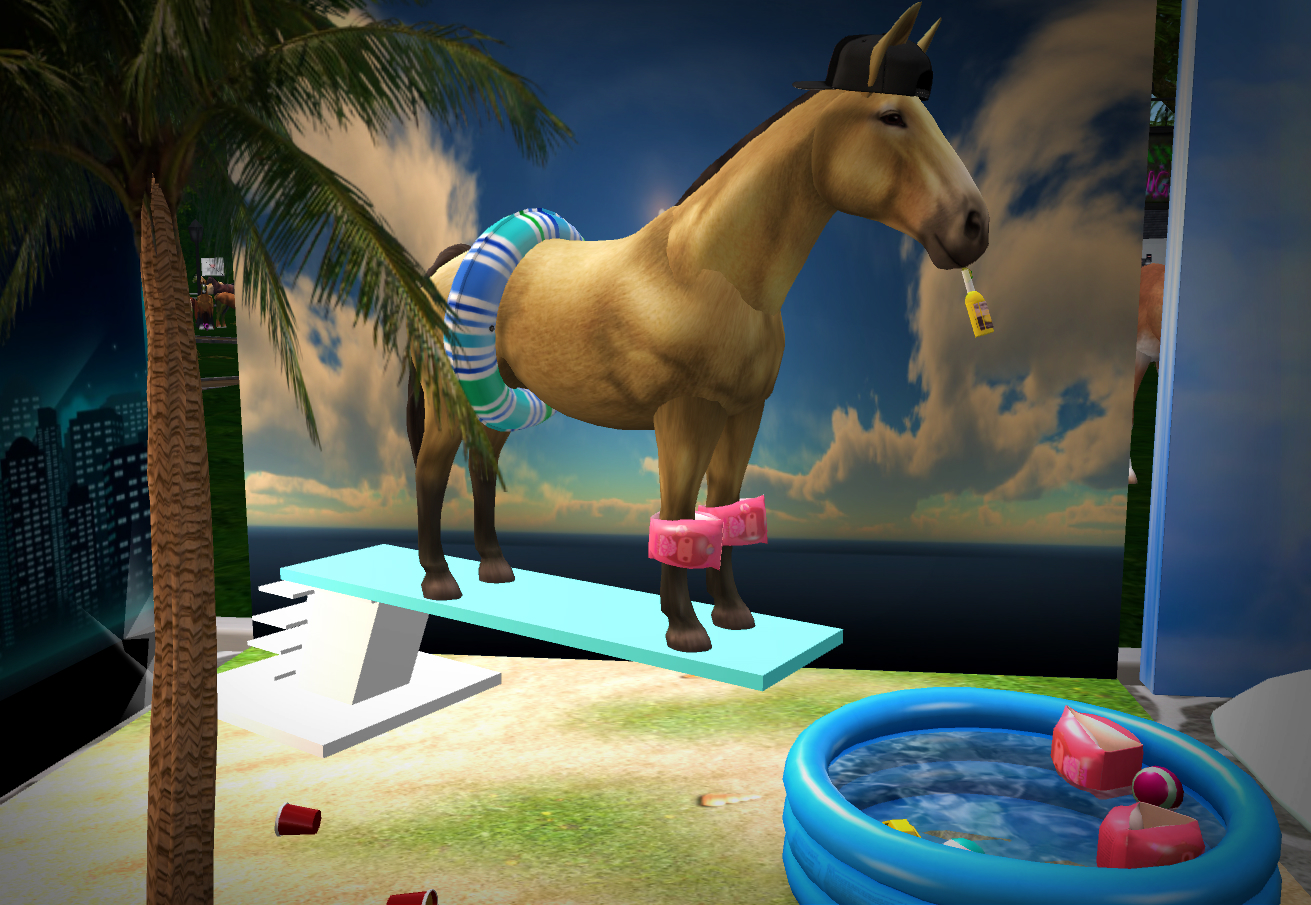 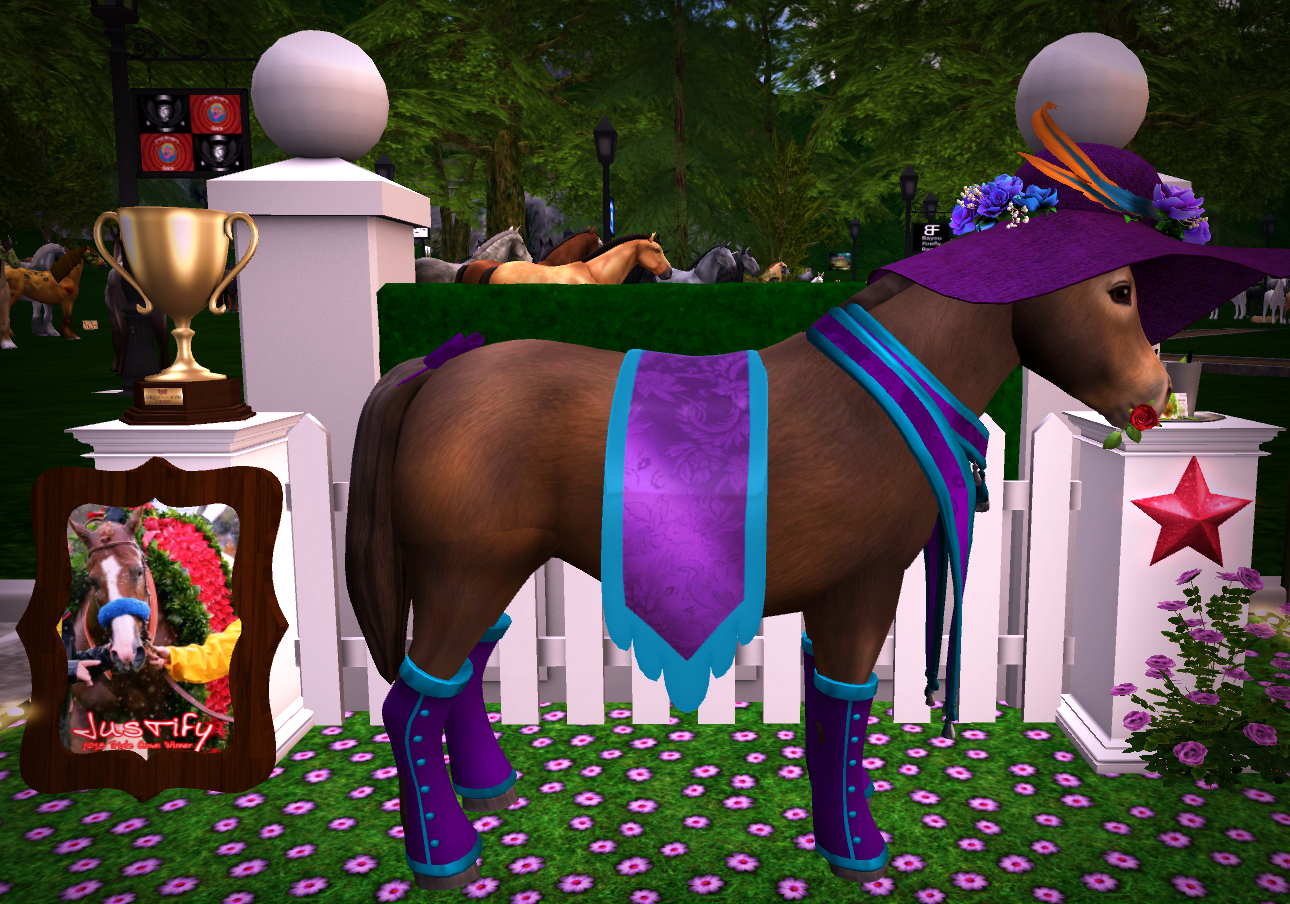 The DFS Fishing Tournament was fun and highly spirited competition to “catch the big one”! Everyone fished until the very end and the winners pulled amazing catches.

Now that the ABC 2018 Summer Crown Cup has come to a close and taken its place in the halls of races past, we look to the future and to the next Crown Cup in the Winter!

Everyone involved has spent many hours of planning during each qualifying season leading up to the prestigious race. After every qualifying season, the process begins again, starting with finding the right horse or pony for the next Crown Cup. Then training for the specific race for the season, which includes finding the jockey that specializes in that race. Numerous hours and skill go into winning the qualifying races to get that elusive time in order to qualify for the Crown Cup.

ABC racing continues to grow and we are seeing the rewards for all the hard work. Not only by ABC Owners and the ABC Staff but the ABC Community. The new season is upon us and you have time to start breeding, training and entering the general races. Join us for the next Crown Cup.