“The kaiila of these men were as tawny as the brown grass of the prairie, save for that of the man who faced me, whose mount was a silken, sable black…”
Book 4, Nomads of Gor, page 14 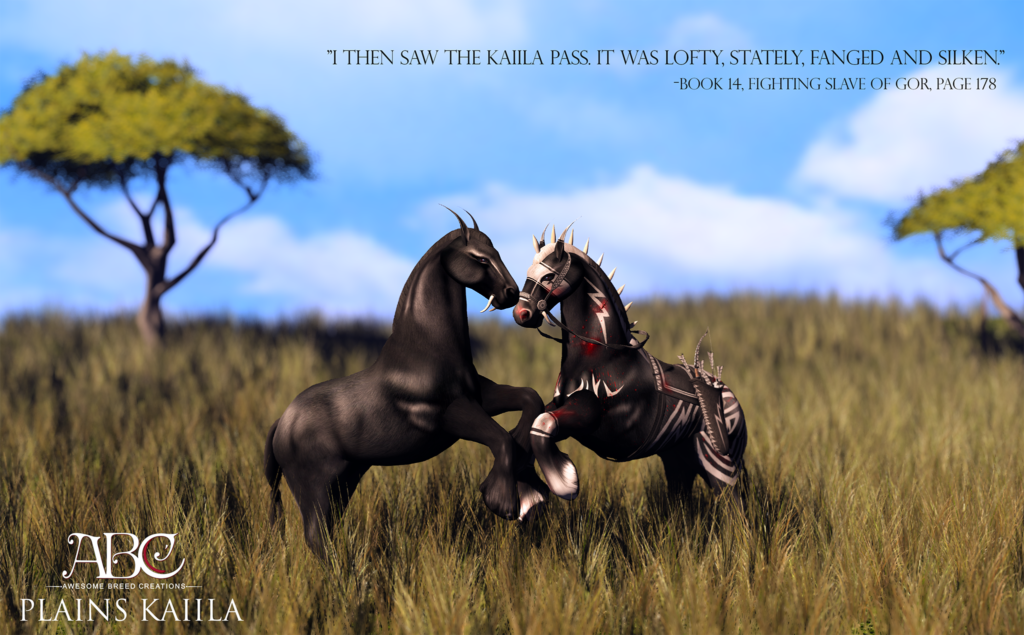 Features:
Coats, eyes and accessories can only be passed through the bloodline.

The Kaiila has a very special hunger that requires meat. It will have special food source shells… 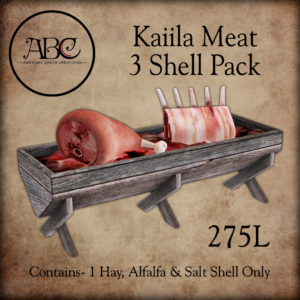 The Kaiila will race the flat, but only with its own breed (the Kaiila). 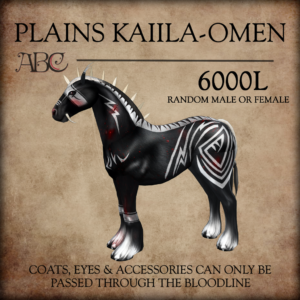 “I then saw the kaiila pass. It was lofty, stately, fanged and silken. I had heard of such beasts, but this was the first time I had seen. It was yellow, with flowing hair. Its rider was mounted in a high, purple saddle, with knives in the saddle sheaths…”
Book 14, Fighting Slave of Gor, page 178

“…beneath the clawed paws of four squealing, snorting kaiila….
…the enraged, thundering kaiila, hissing and squealing, at a touch of the control straps, arrested their fierce charge, stopping themselves, tearing into the deep turf with suddenly emergent claws.
The children of the Wagon peoples are taught the saddle of the kaiila before they can walk.”
Book 4, Nomads of Gor, page 17