Athena & Ares are the newest addition in line of the ABC Olympic Cloud Ranch Horses. In 2012 ABC started the Olympic CR Horses with Hades & Apollo and followed them up with Zues & Hera in 2015. 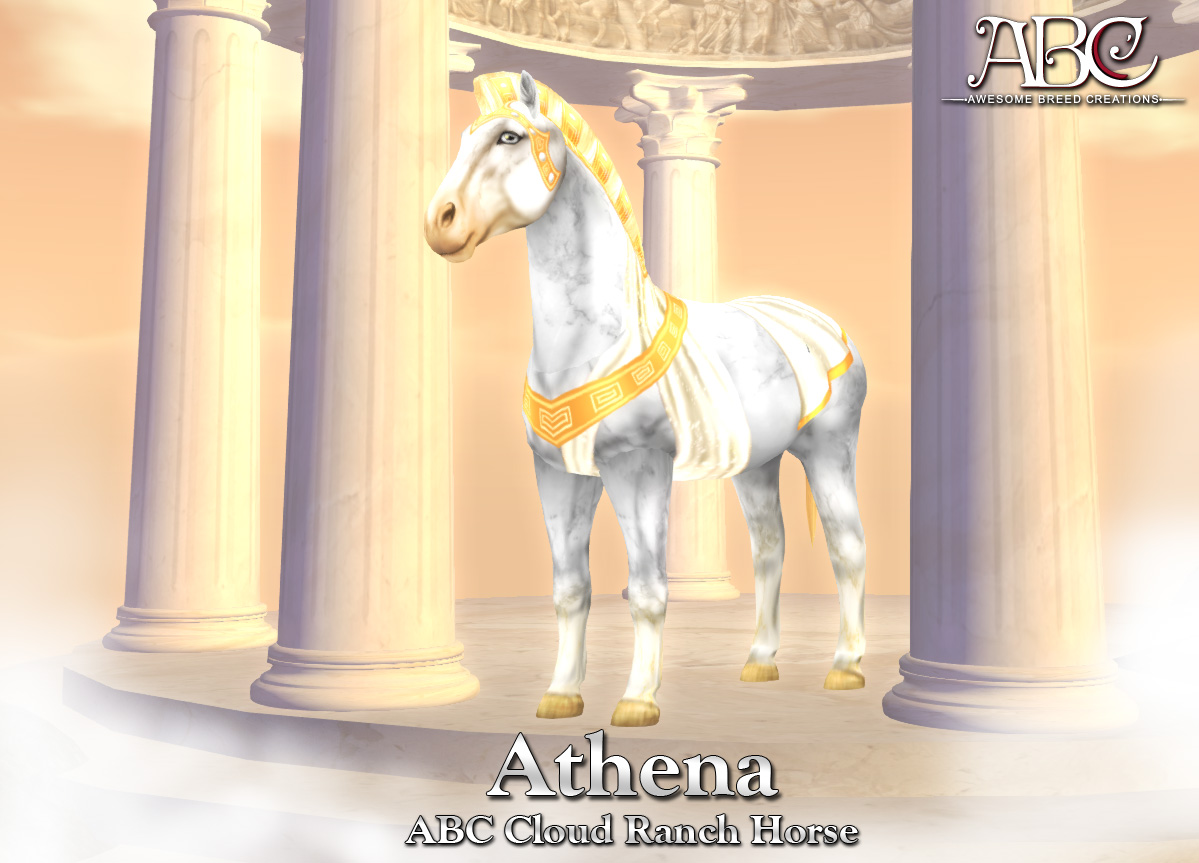 The Andalusian throughout history has been known for its prowess as a war horse, and was prized by the nobility. It is a horse breed from the Iberian Peninsula, where its ancestors have lived for thousands of years. Strongly built, and compact yet elegant, Andalusians have long, thick manes and tails. They are known for their intelligence, sensitivity and docility. During the 19th century, warfare, disease and crossbreeding reduced herd numbers dramatically, and despite some recovery in the late 19th century, the trend continued into the early 20th century. Exports of Andalusians from Spain were restricted until the 1960s, but the breed has since spread throughout the world, despite their low population. In 2010, there were more than 185,000 registered Andalusians worldwide. 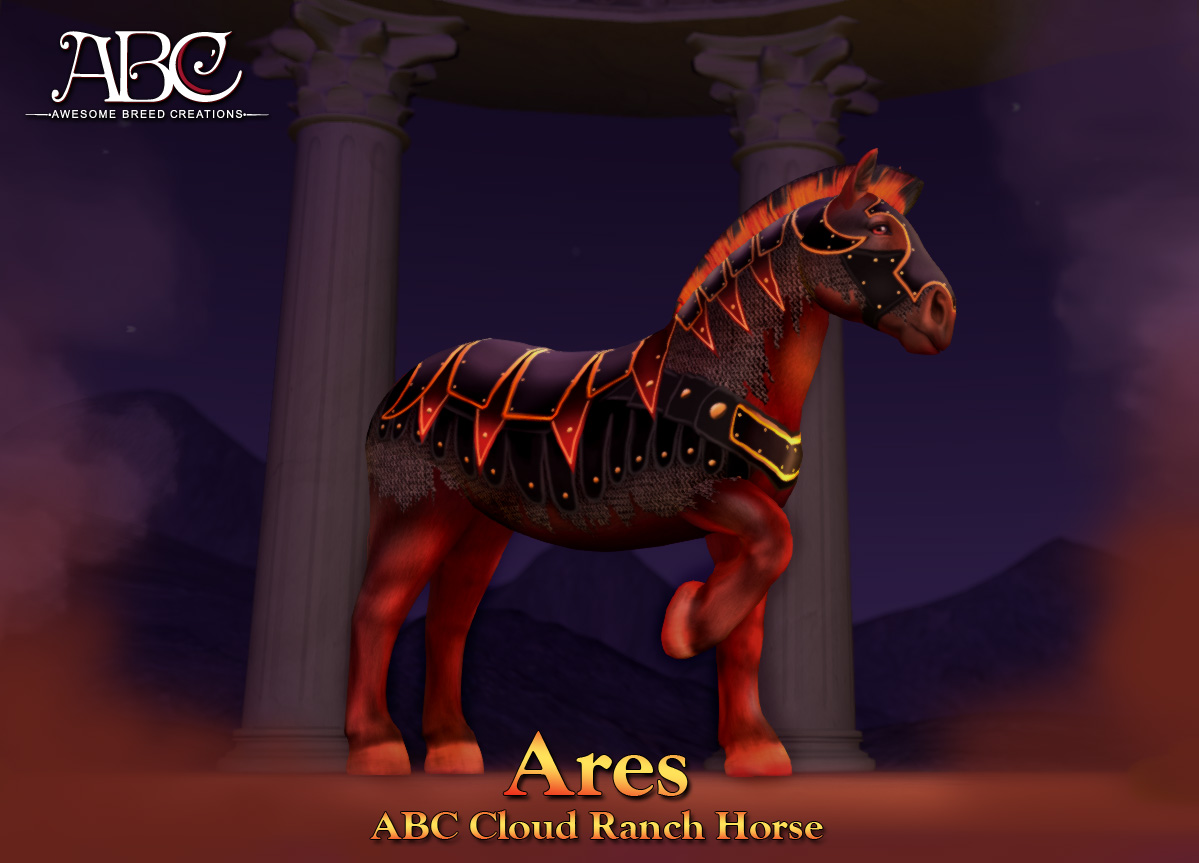 The Norwegian Fjord Horse is a relatively small but very strong horse breed from the mountainous regions of western Norway. It is an agile breed of light draft horse build. All Fjord horses are dun in color, with five variations in shade recognized in the breed standard. One of the world’s oldest breeds, it has been used for hundreds of years as a farm horse in Norway, and in modern times is popular for its generally good temperament. It is used both as a harness horse and under saddle.

You will be able to get Athena and Ares in the the Cloud Ranch vendors at the ABC Main Shop and Satellite locations for 75000 coupons.

LEARN MORE ABOUT ABC – AWESOME BREED CREATIONS ON THE WEBSITE AND  SEE THE CALENDAR FOR MORE EVENTS, ACTIVITIES, RACES, ETC…