Congratulations to the Winners of the ABC 2017 Fall Crown Cup – Steeple QL 4… MH~Hoppity Hooper owned by Castion Eyre and jockeyed by Tully Blindside! 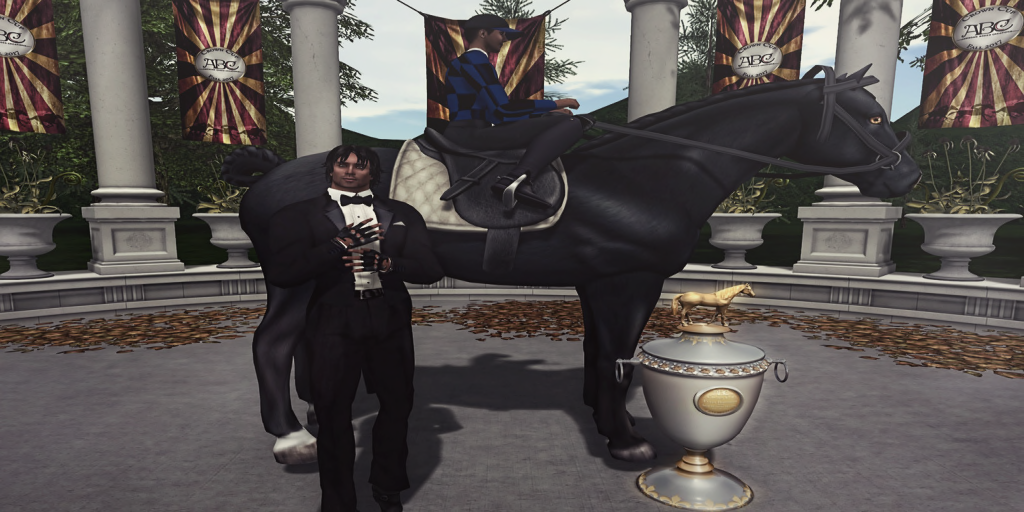 The Crown Cup Winners made history in ABC racing. They not only ran the race of a lifetime, but also receive L$125,000 in prizes along with the elegantly designed trophy.

The ABC Racing Program has grown to be one of the premiere events in Second Life. The success of the program is due to the dedication and support of the Race Authority and the ABC Community. 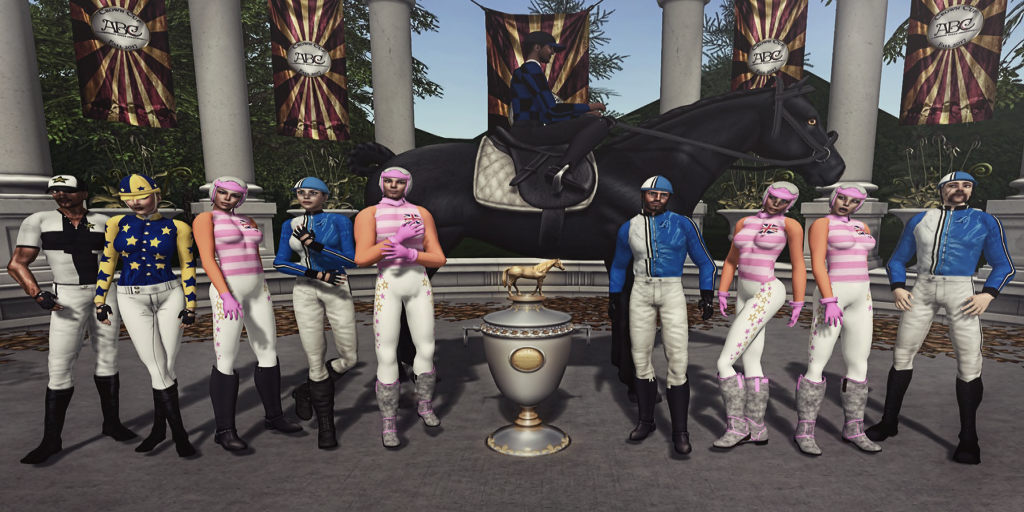 As the jockeys entered the paddock and began entering the gate you could see the resolve on their faces. Running every scenario through their minds. Anticipating any possible obstacles with only one goal… crossing the finish line first. 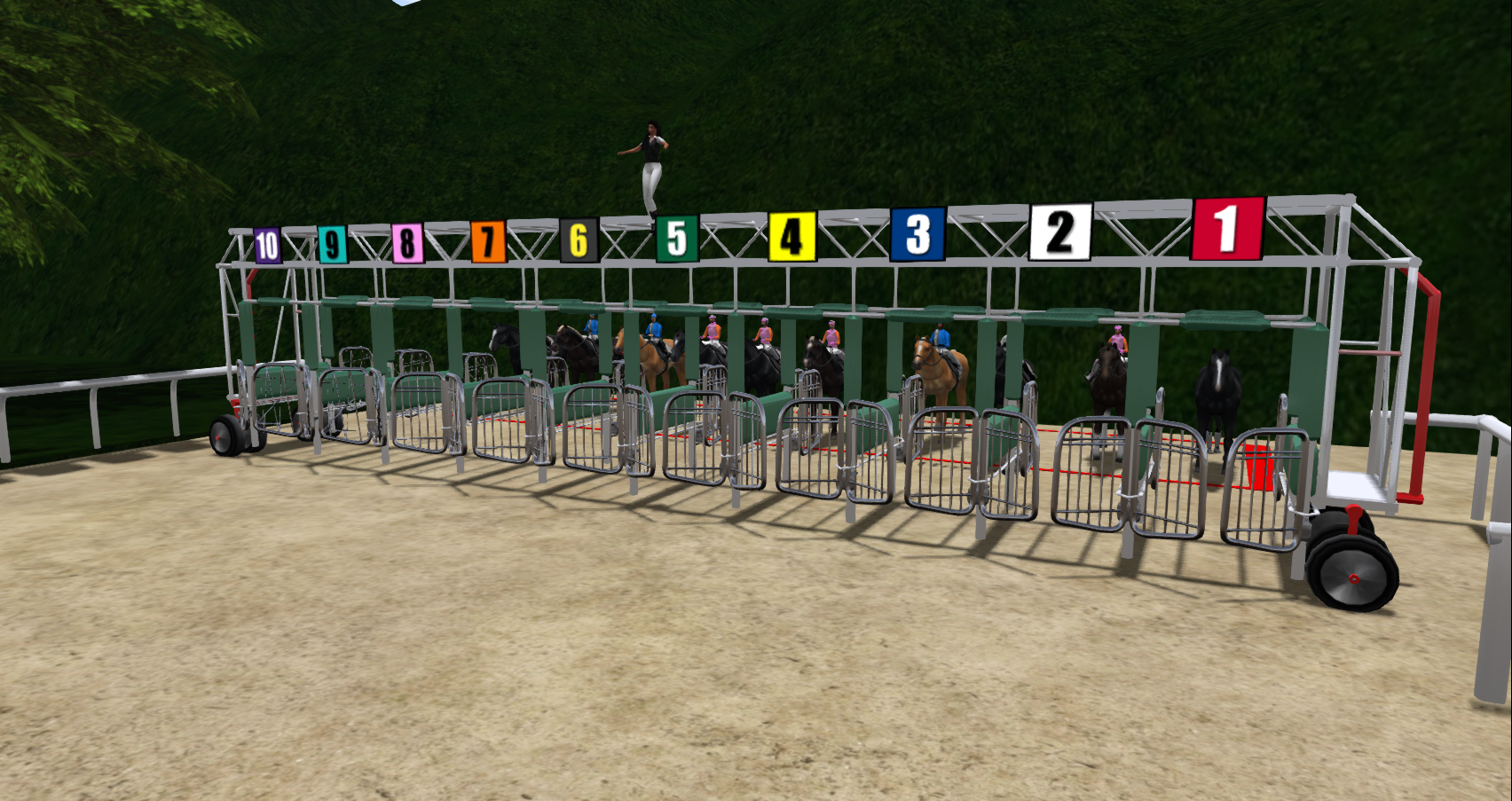 The gates shot open and with a fierceness the horses leaped out of the gates. As they approached the first steeple there was no slowing down. The jockeys urged their mounts forward gaining speed as they vaulted over each steeple. Taking on air as they cleared steeple after steeple gaining momentum… fluid strides and jockey’s in rhythm with their horse as one.

As they crossed the finish line and anxiously awaiting to see the official results, re-running every turn and jump in their head. Coming to a stop at the end of the track and resting their horses after such an arduous and  fast race. Wondering if they had made any mistakes, could they be disqualified…

Now that the race has been decided… it is time to celebrate all things racing with an ABC style After Party… and as always a fun theme – Evil Carnival… talk about exciting. Come in and join us for the most incredible show on earth! 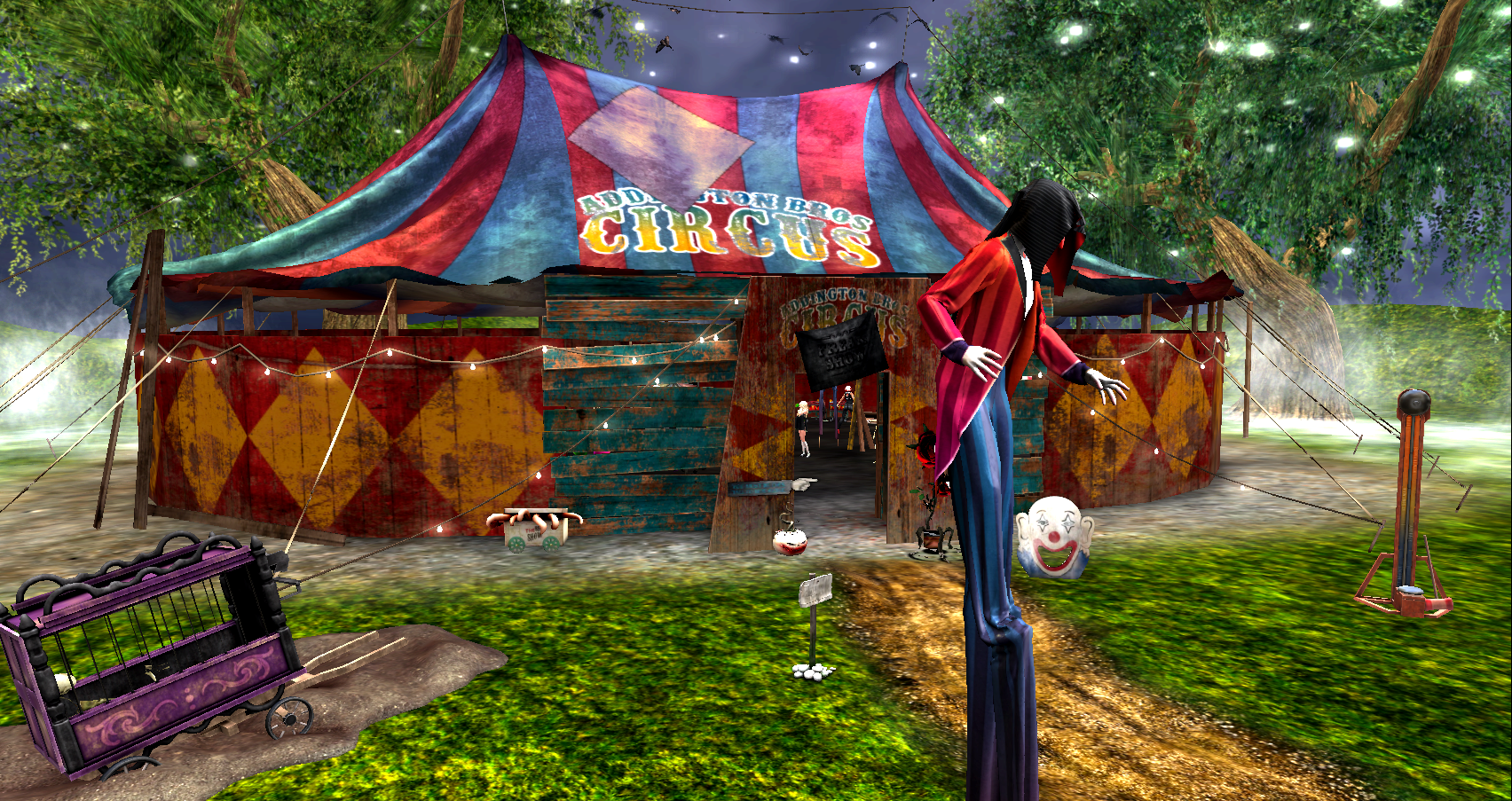 The carnival grounds were set up and the attraction was inescapable… the spell was cast and you could not resist the allure of the music spinning by DJ Wingtips. 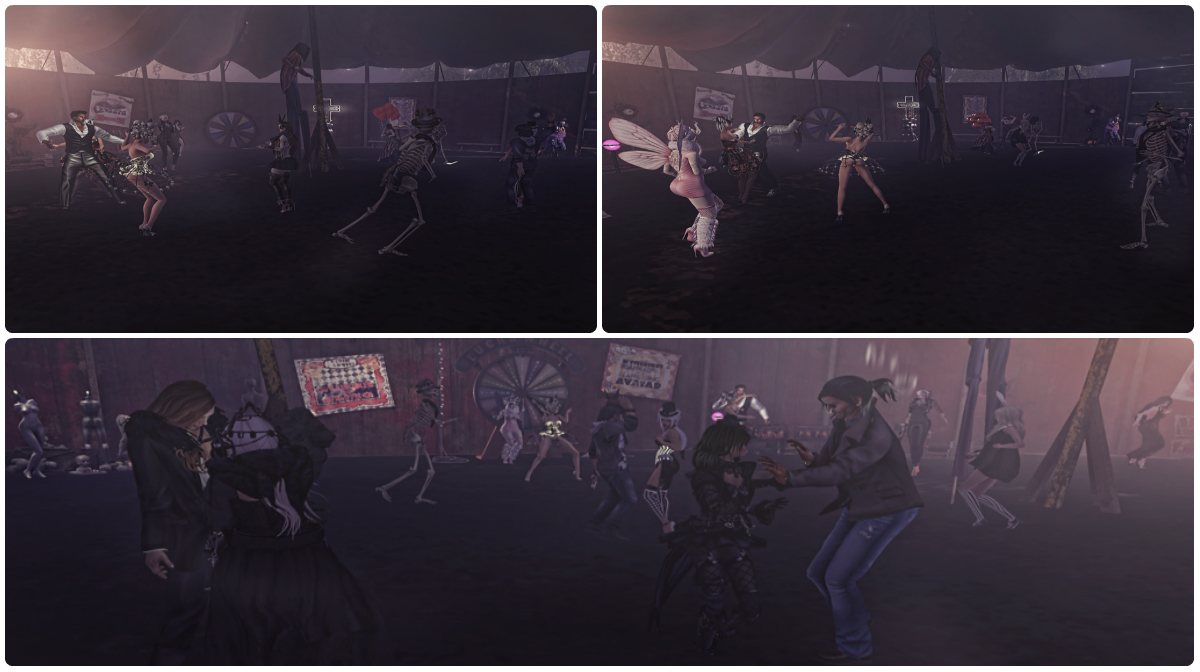 The merriment went on into the wee hours of the night… the ABC Community came to party and dressed for the occasion of an Evil Carnival. The costumes were eerily creepy with attention to detail. Ever corner of the venue had hidden surprises to send chills up and down your spine. 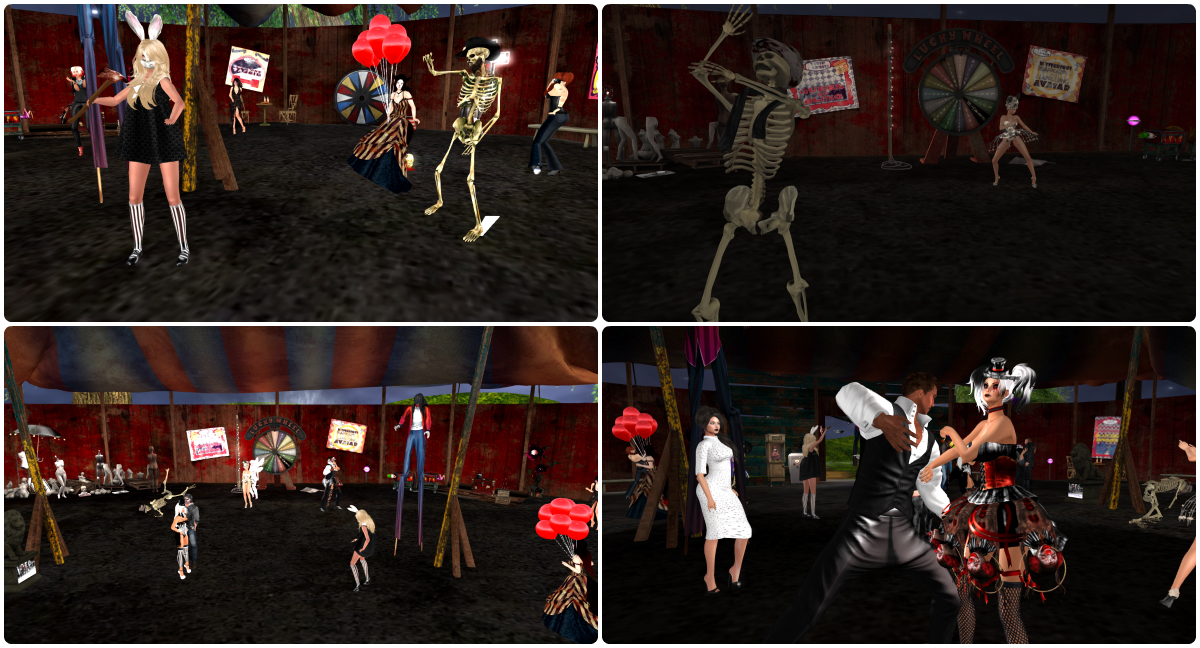 With a feeling of fulfillment and exuberance as the night came to a close and the last song was played, the partiers went on their way with hope for the next ABC Crown Cup.

The Crown Cup qualifiers but their all into earning a spot in this prestigious race. The strategizing, training and pure will of spirit mad this race a day to remember. Congratulations to the Winners and the Qualifiers on making history once again in ABC Racing!

The season is in full swing for the ABC Winter Crown Cup – Horse TB QL 4
– Pony Cart QL 4. You have time to start qualifying for both events. Start breeding that perfect horse/pony and training them. You could be next to make history and win the Crown Cup.

For more information on becoming a jockey or the racing program, contact niterose Resident, also check the ABC website for Jockey Classes.