A look back at Customers of the Month!

For as long as we can remember you’ve been part of the ABC community. You are a kind soul that has explored many aspects of our horses and ponies. People regard you as polite, encouraging and helpful. 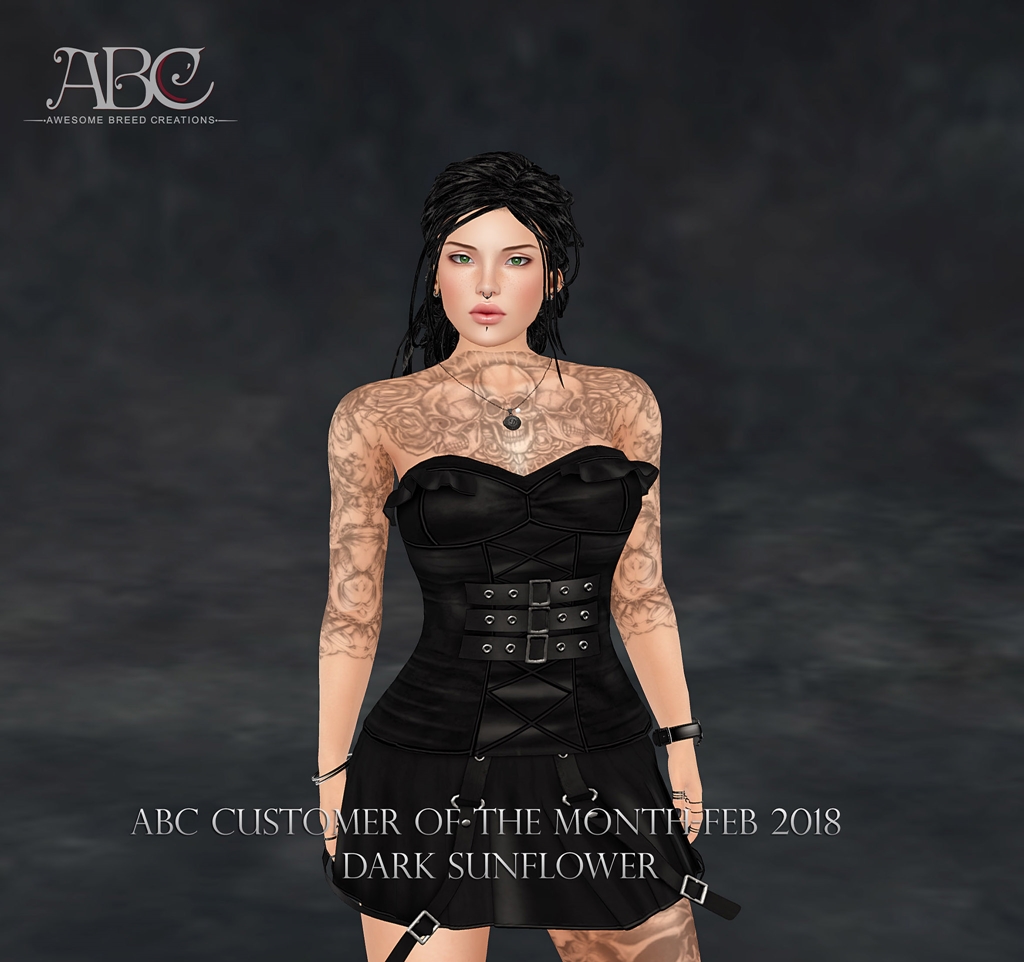 From the love and care you take in breeding your beautiful horses to the joyful conversations you offer the community in chat. We’ve heard that you’re always happy to help where you can, and share a smile in the process. 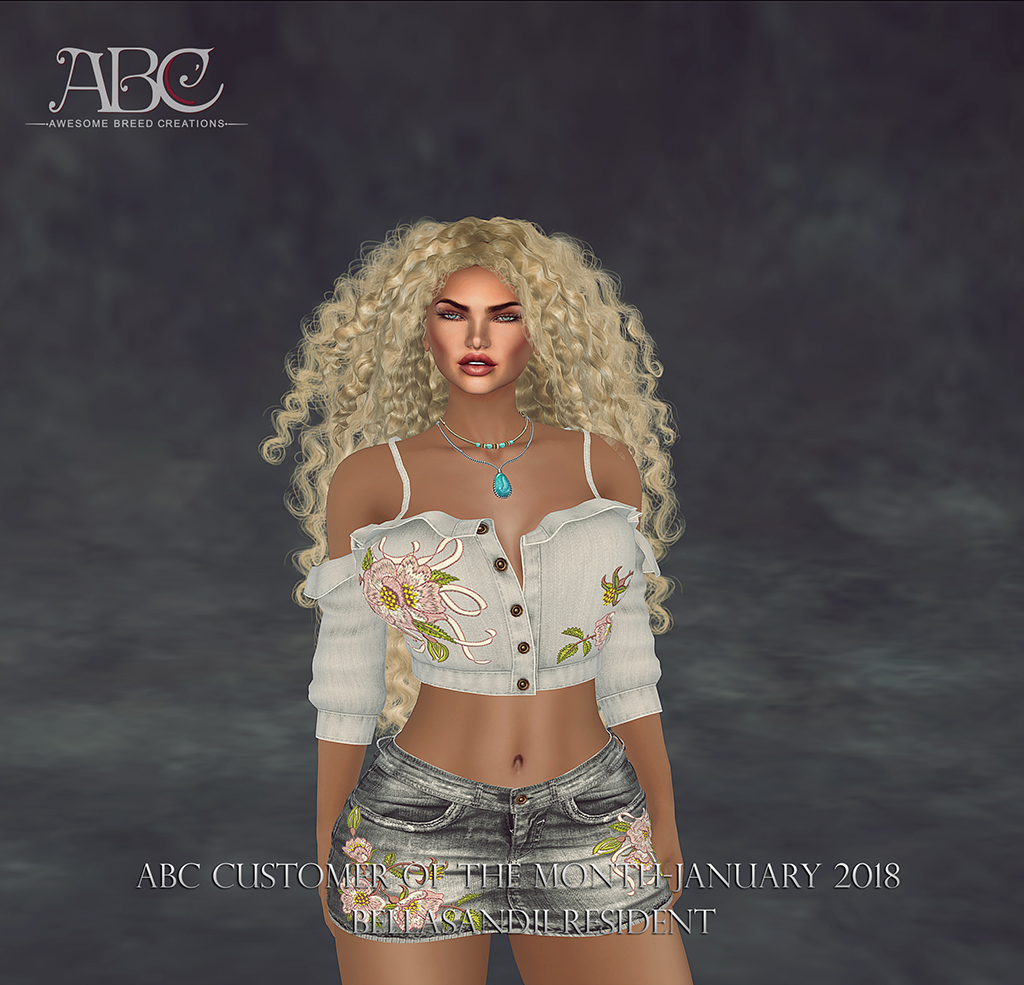 This last year we lost our Racing Commissioner Niterose Resident. Not only had she been part of our staff for years, but part of our community for years even before that. When the family that we have built through Awesome Breed Creations had been notified of Nite’s passing there is no doubt that everyone fell into a state of mourning. The loss was unimaginable as she was such a beautiful person. Her kindness and love knew no bounds and her absence will be felt for some time to come. She will be missed and forever in our hearts. Rest in peace. 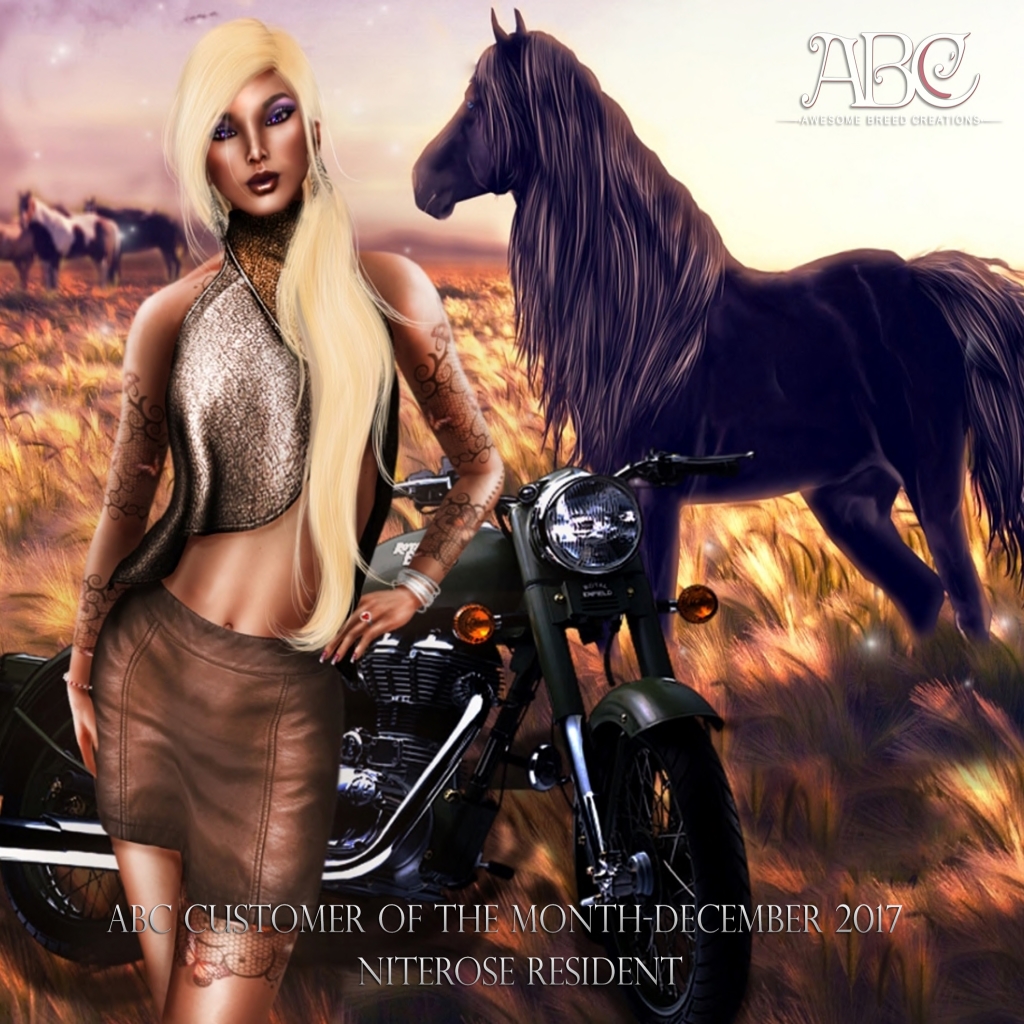 From the beginning of your ABC adventure until now you have exhibited the positive attitude that make you stand out. ABC hopes to share in many more happy moments with you! 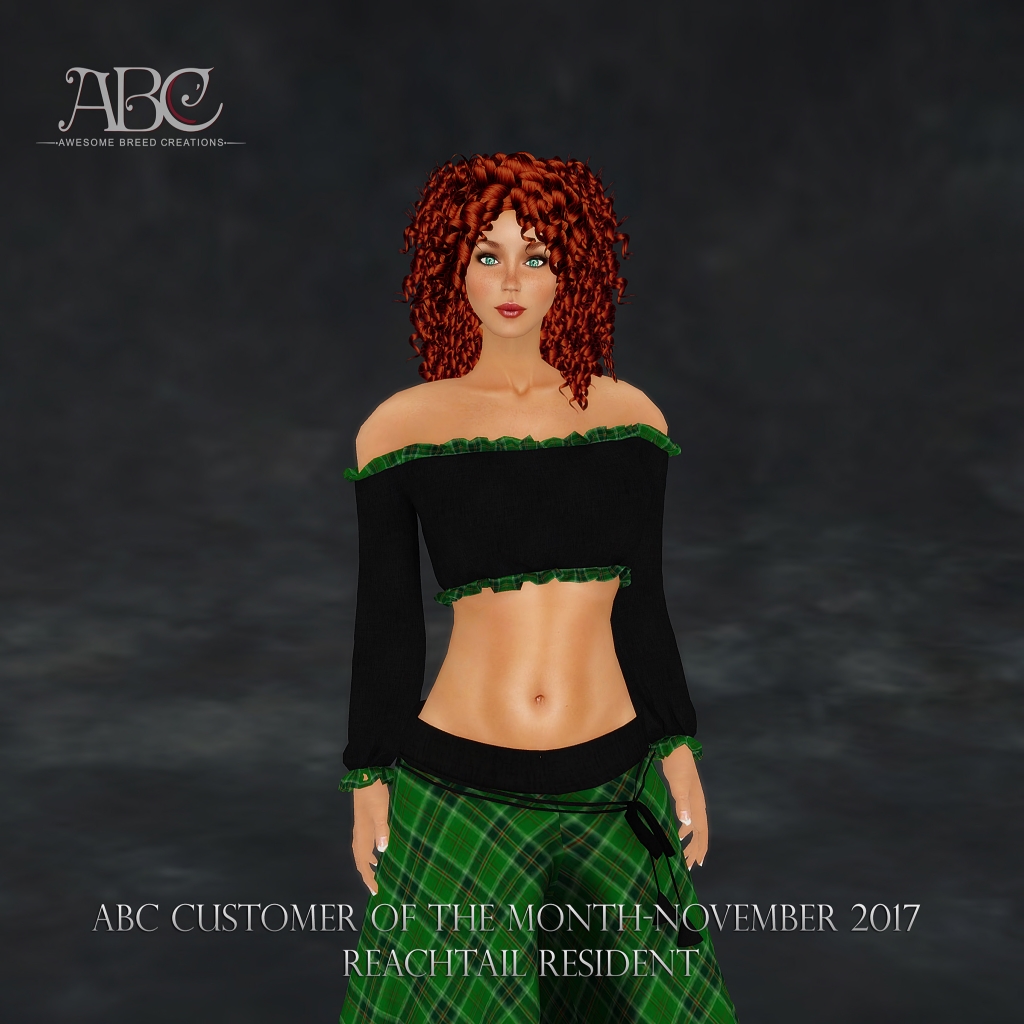 It’s been so wonderful bringing you into the Awesome Breed Creations Community and seeing you thrive. The passion you have for your horses and ponies is inspiring! 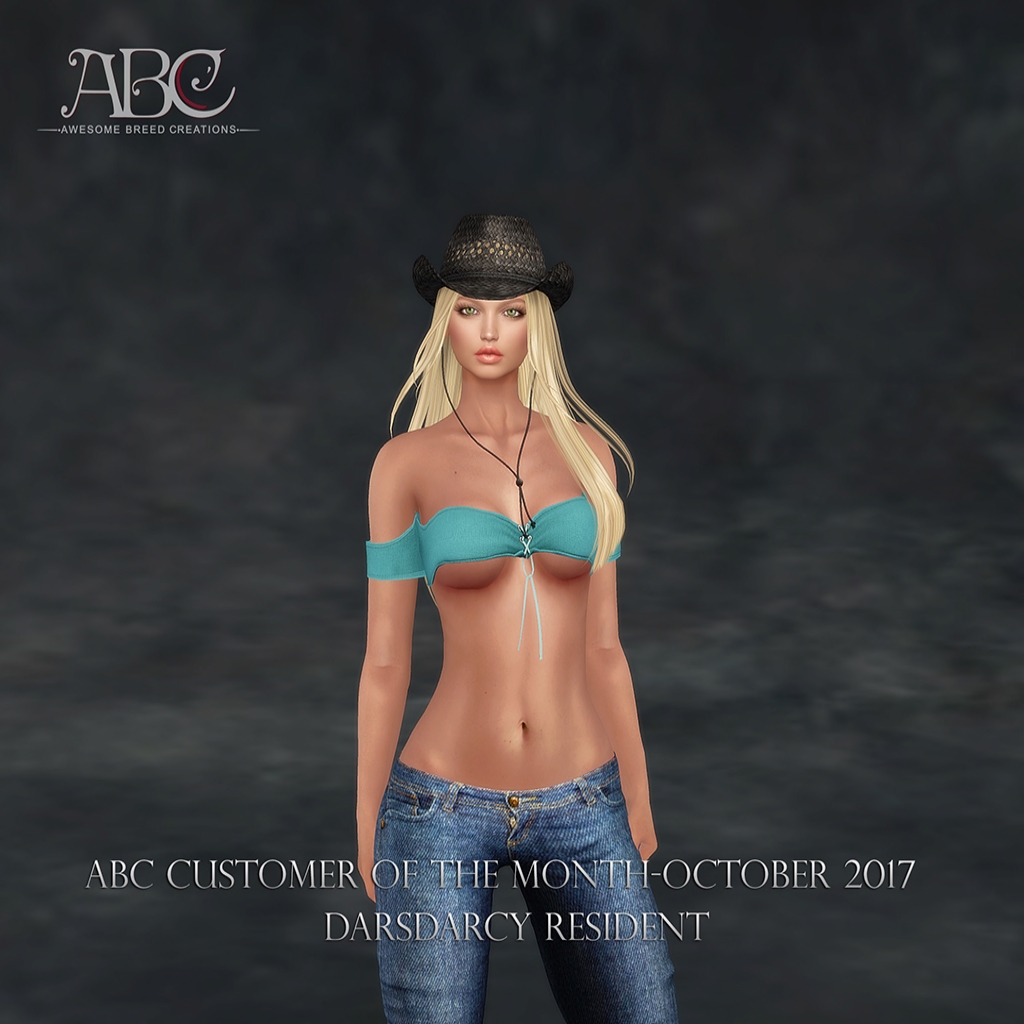 You’ve been called a ‘breath of fresh air’, a real pleasure to be around and we consider ourselves fortunate to have a member like you talking with such excitement and happiness. 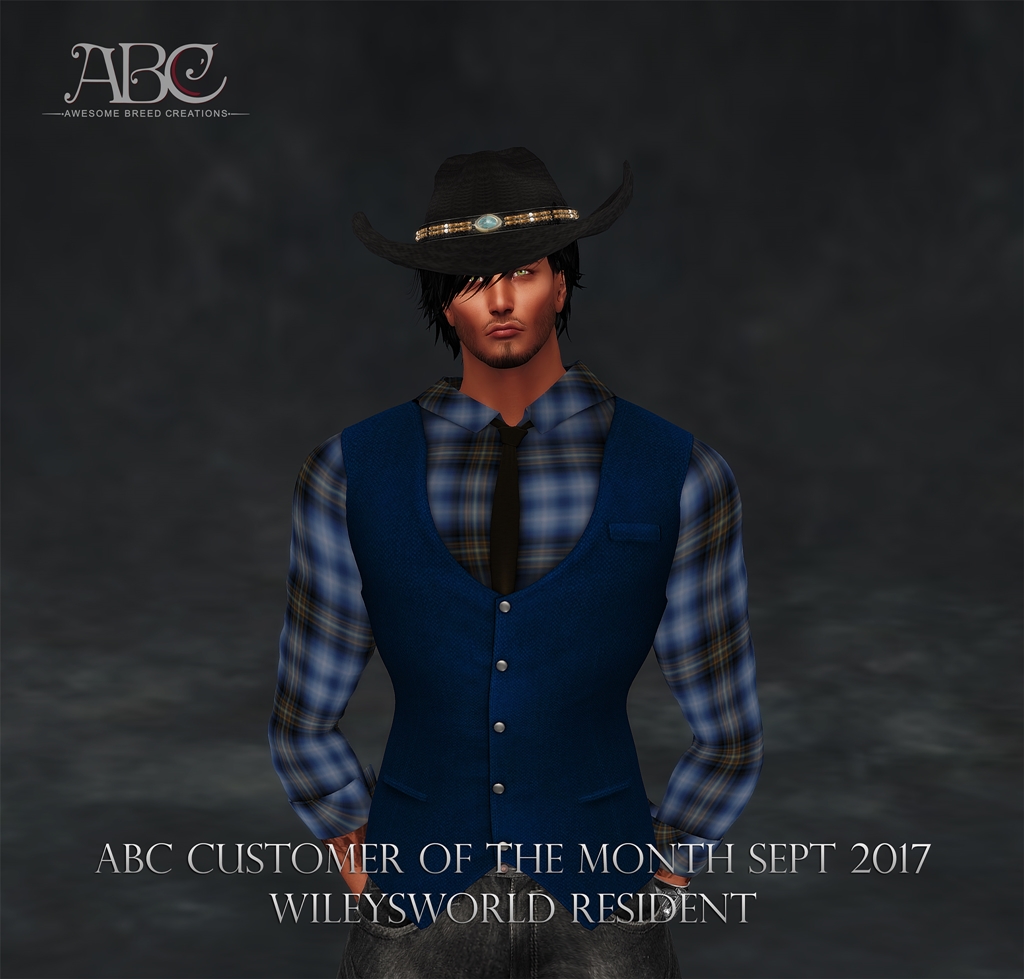 There’s so much to say about a wonderful Lady like yourself. You are an outstanding member of the ABC community, always putting forth a smile and your best efforts to encourage others. 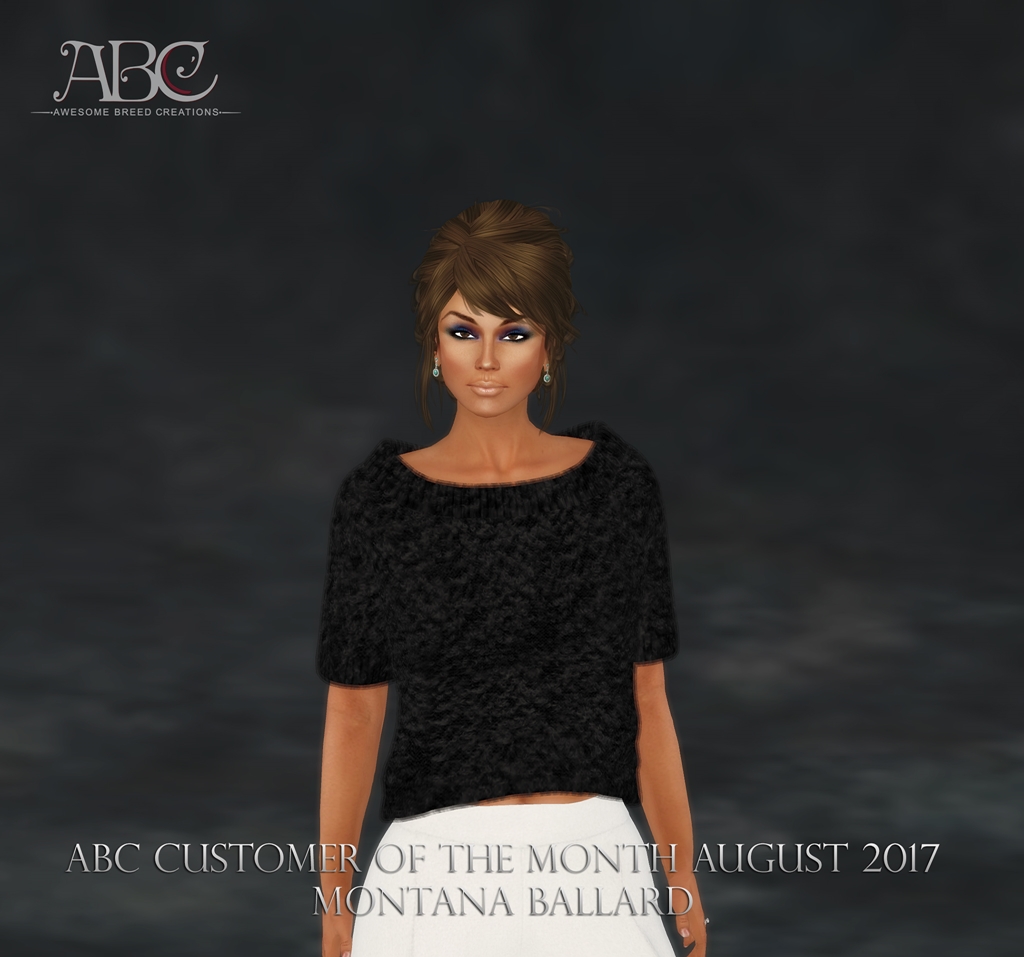 From one end of ABC to the other we see your guidance and influence. You are a positive and charming member of our community and it has been noticed! 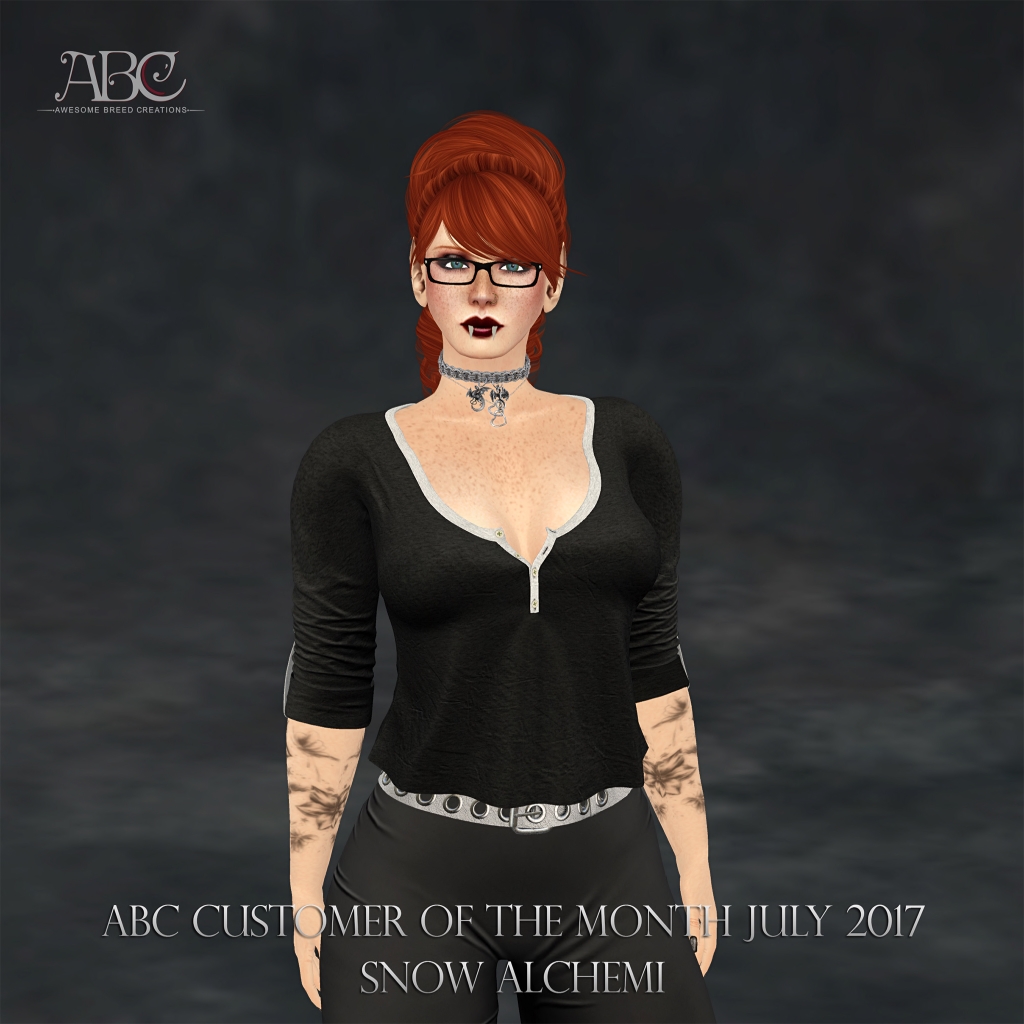 You are so kind, so considerate, not only to other customers but to staff as well. We are very fortunate to have you as part of the ABC Community and hope that you know just how much you are valued among your peers. 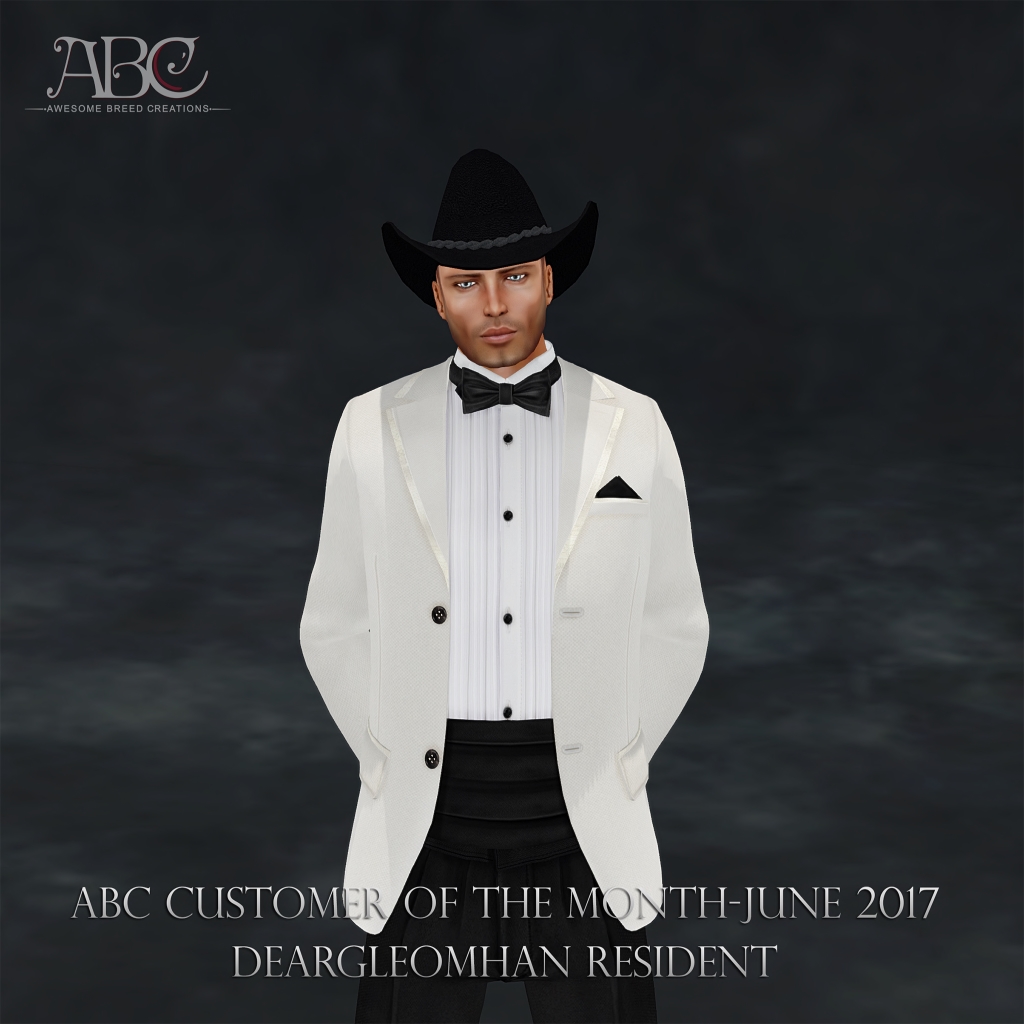 You have proven kind and compassionate to your peers and so often have a charming story to share. You are truly a valued member of the ABC Community. 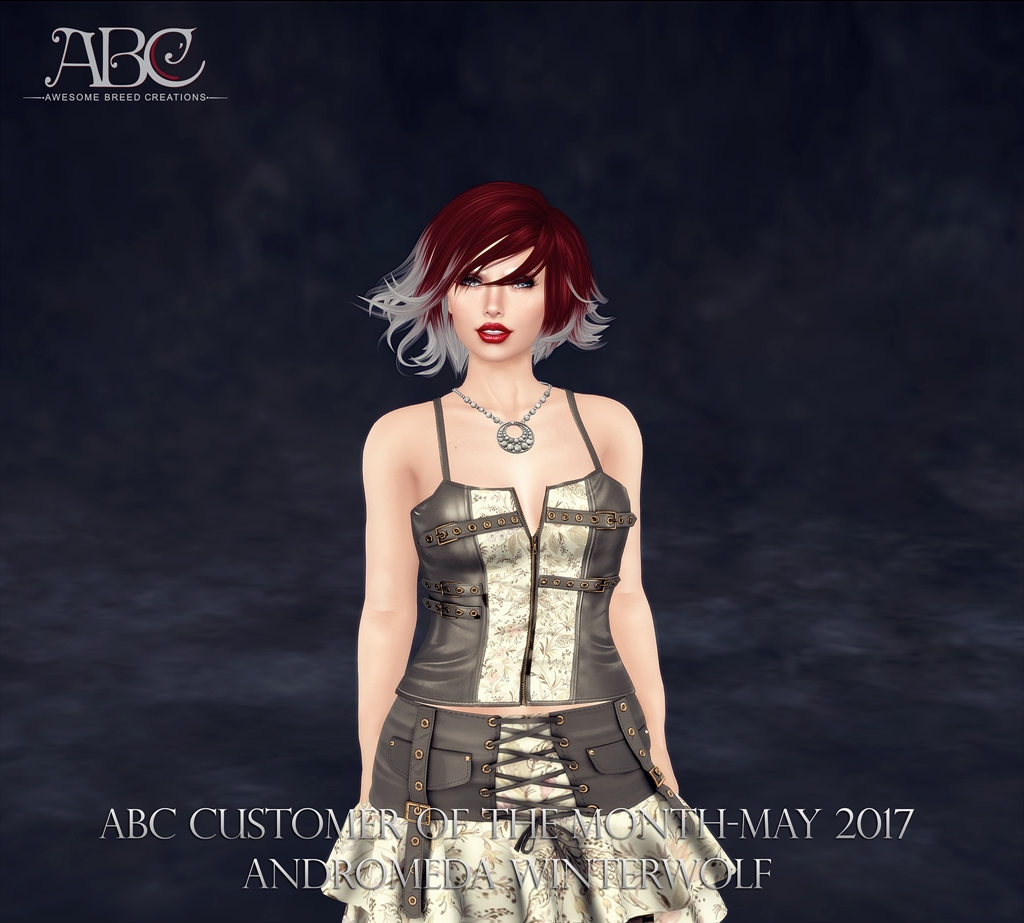 Time and time again we hear nothing but good things about you. It is said that you are fast to help out the community, that you run your own Horse and Pony Show, and that your kindness is contagious. 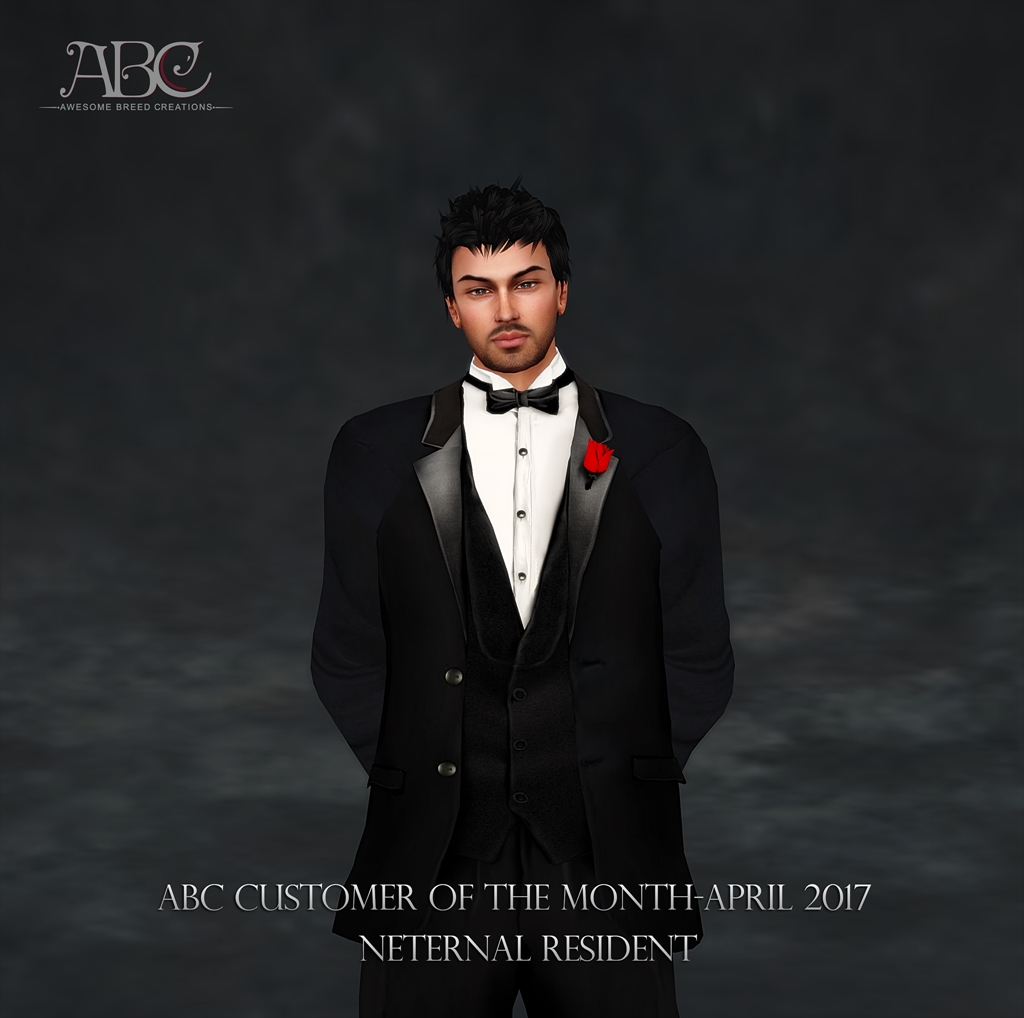 You are celebrated by your peers for many things from the great pride you take in your breeding program to the way you run auctions. You are described as encouraging, gentle and kind. 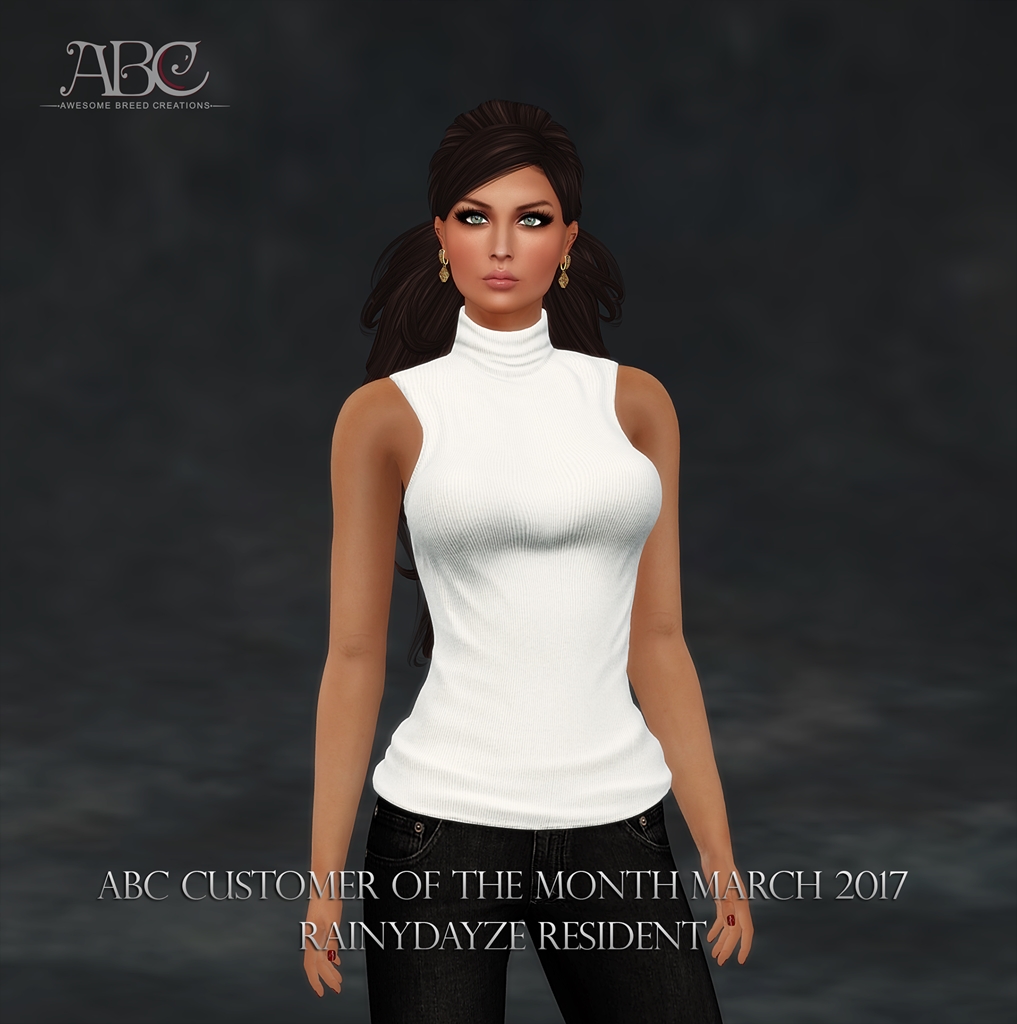 Dan was always helpful to everyone and kind. He loved the racing program and would try to get people out on the track late nights to race against him for fun! Dan was responsible for many laughs in the grandstands at the track and in chat! He also owned Bourbon Creek Auction House. You are missed. Rest in peace. 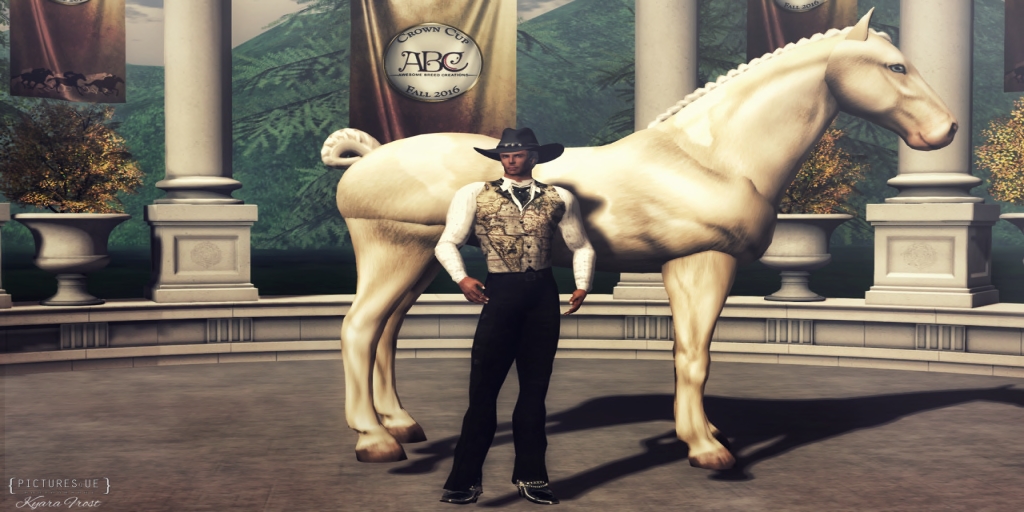 Your involvement in the ABC community spans from auctioneering, breeding, showing and gentle assistance for those that are new to our family. We at ABC could not ask for a better example of a Customer of the Month. 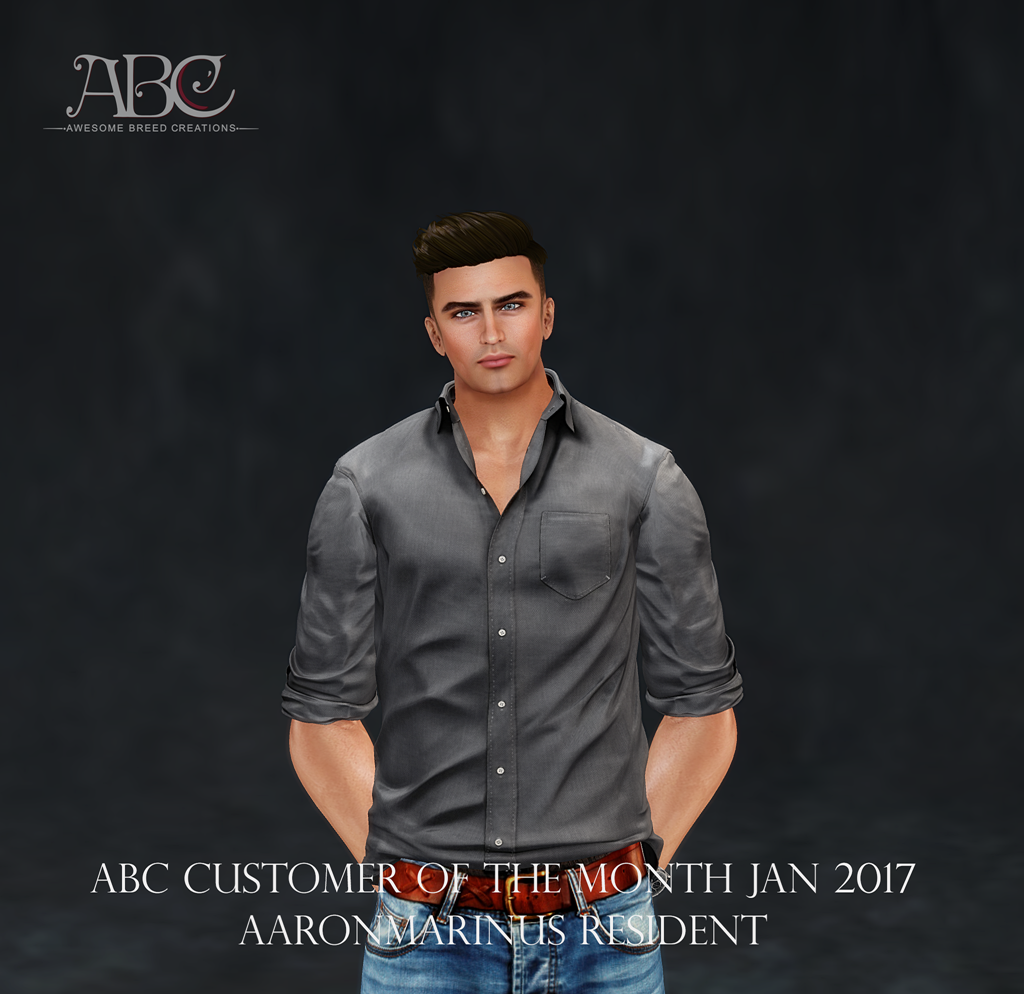 You are one of those folks that everyone has something happy and considerate to say about. You’ve worked in and out of ABC, and honestly we all just miss the heck out of you! You’re a fella that we’re all glad to claim as a friend. 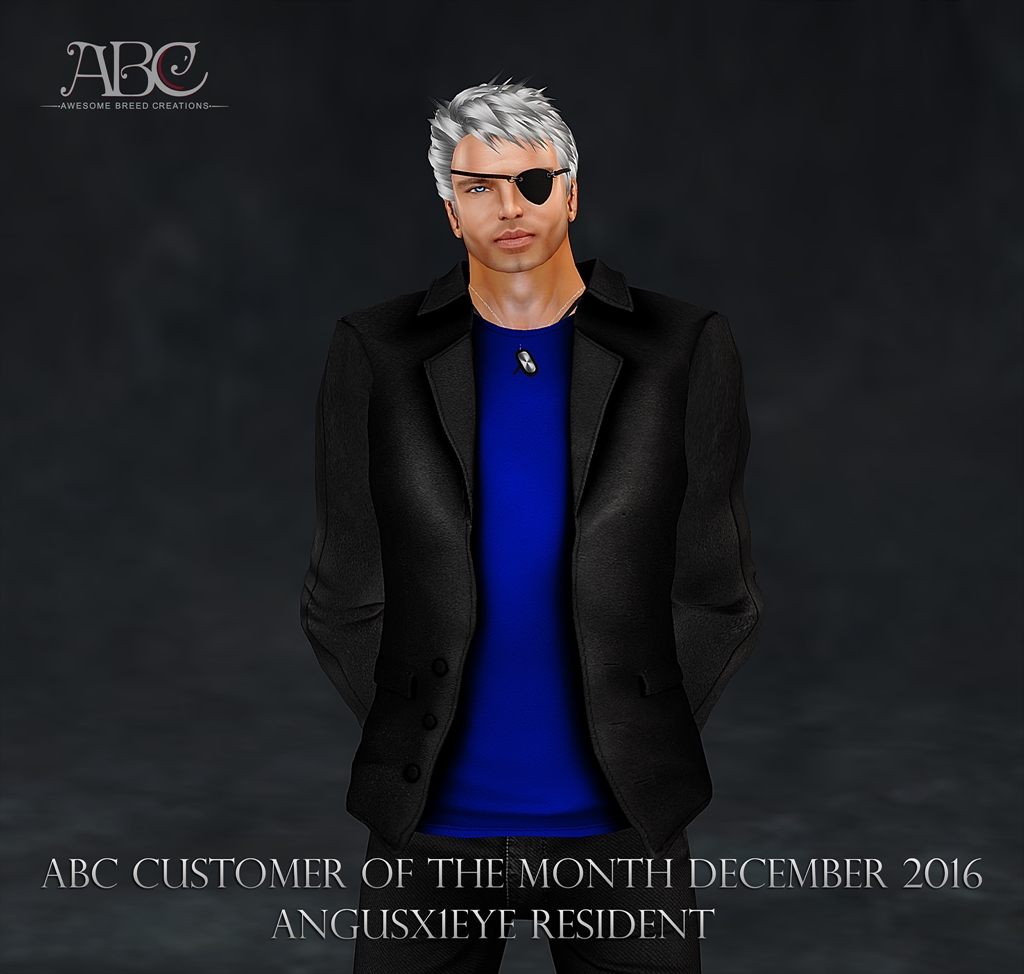 Your peers describe you as upbeat, confident, warm, friendly and considerate. A friend to everyone! These are merely a few of the kind words people of the ABC Community have to share in regards to you. 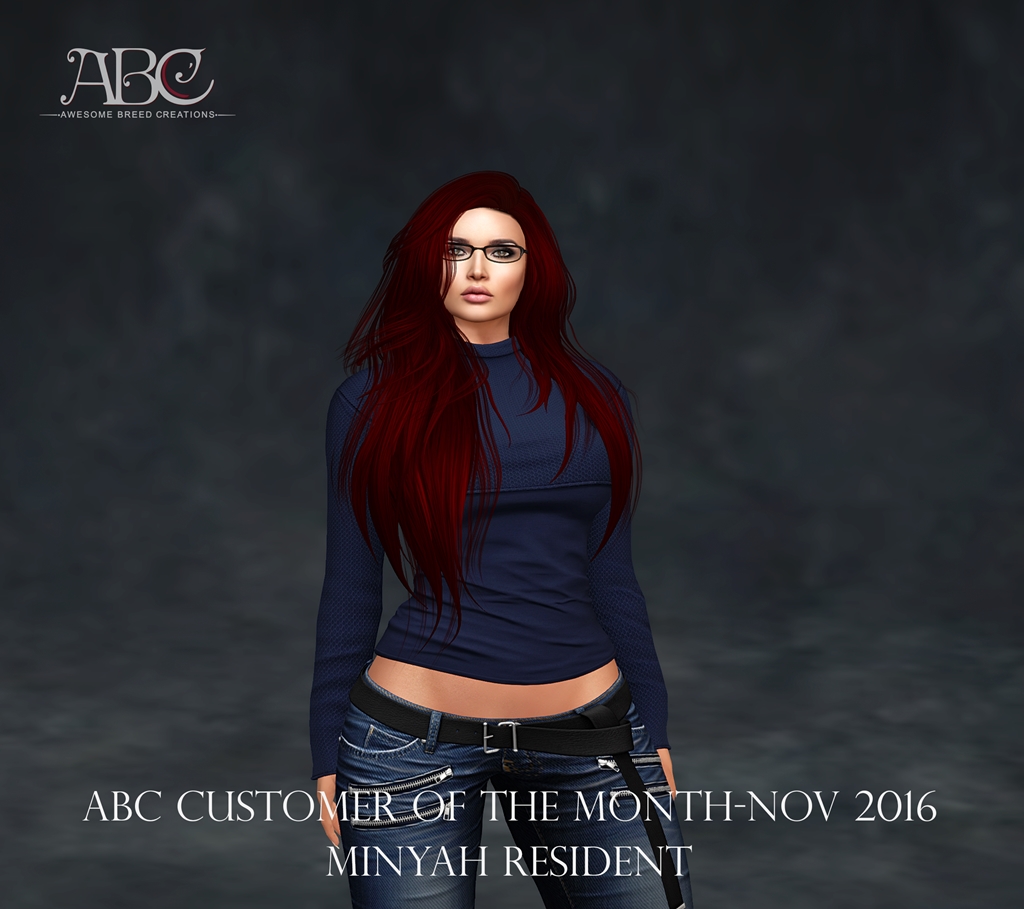 Attentively kind, compassionate and understanding. You were a model Aybeeseeur that we have known for quite some time. Thank you so much for all that you did, it had not gone unnoticed. We will miss you so much. Rest in peace. 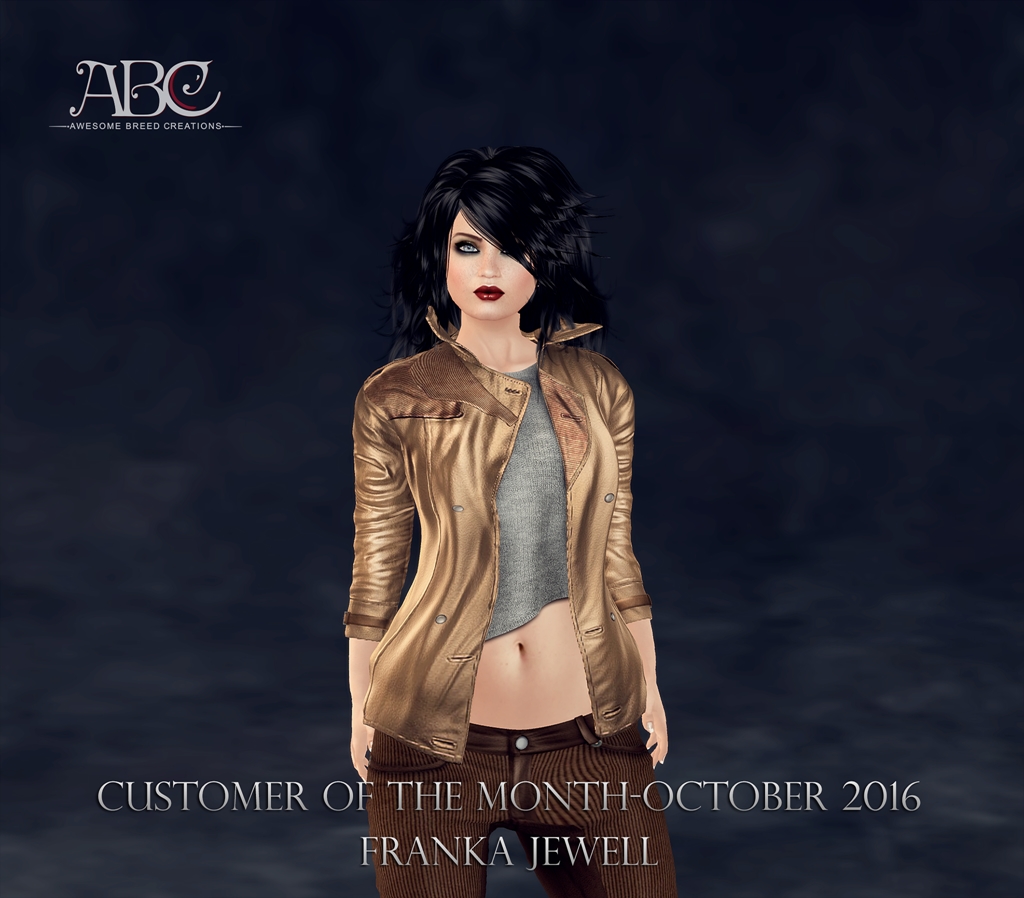 As it stands words such as encouraging, creative, thoughtful and fun loving come to mind. Peabo, you’re an amazing part of the ABC community, are always driven by passion and it shows in much of what you participate in. 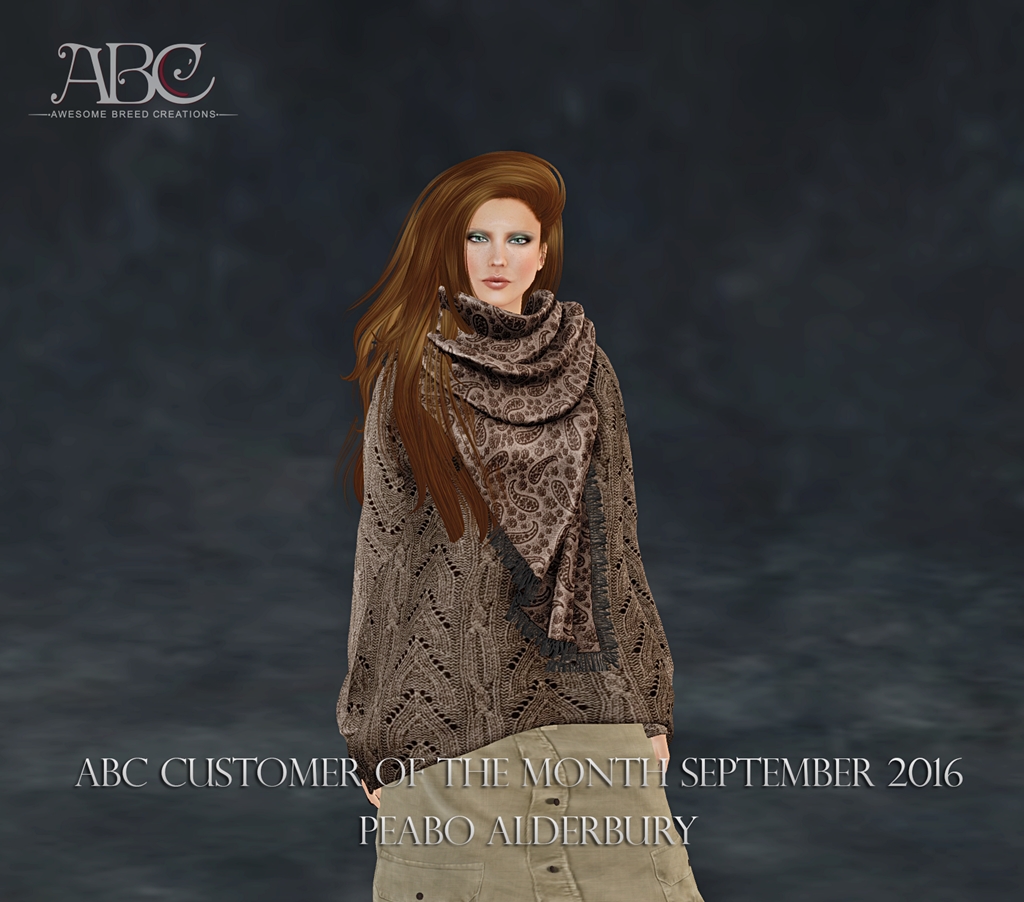 We are so delighted to celebrate you as one of our most charming customers. It’s been said that your happy and friendly nature are practically contagious to those around you. 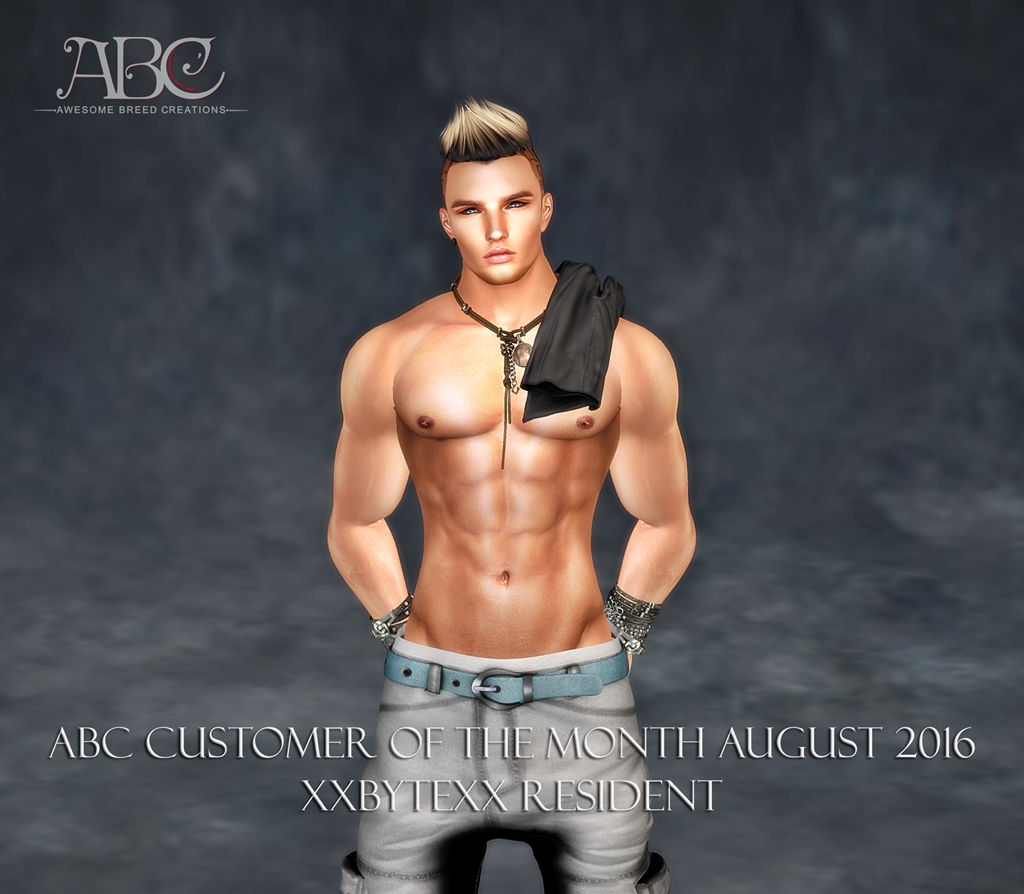 Your love of the ABC community and true dedication to making new and old members alike feel welcome is one of the things that makes you stand out. Thank you for being such an amazing person. 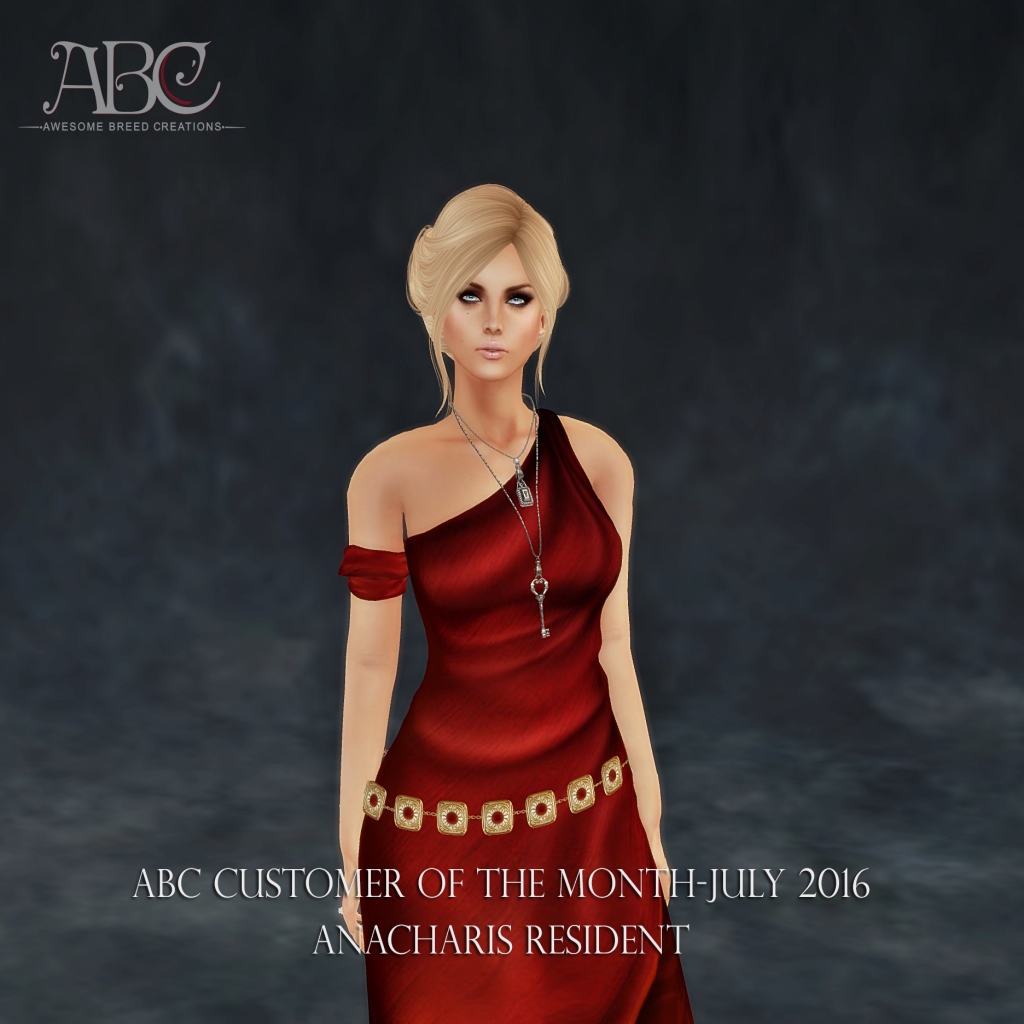 We are so fortunate to have a wonderful person like you within the folds of our community. The smiles you bring are valued perhaps more than you know. We hope to celebrate many more years to come with you! 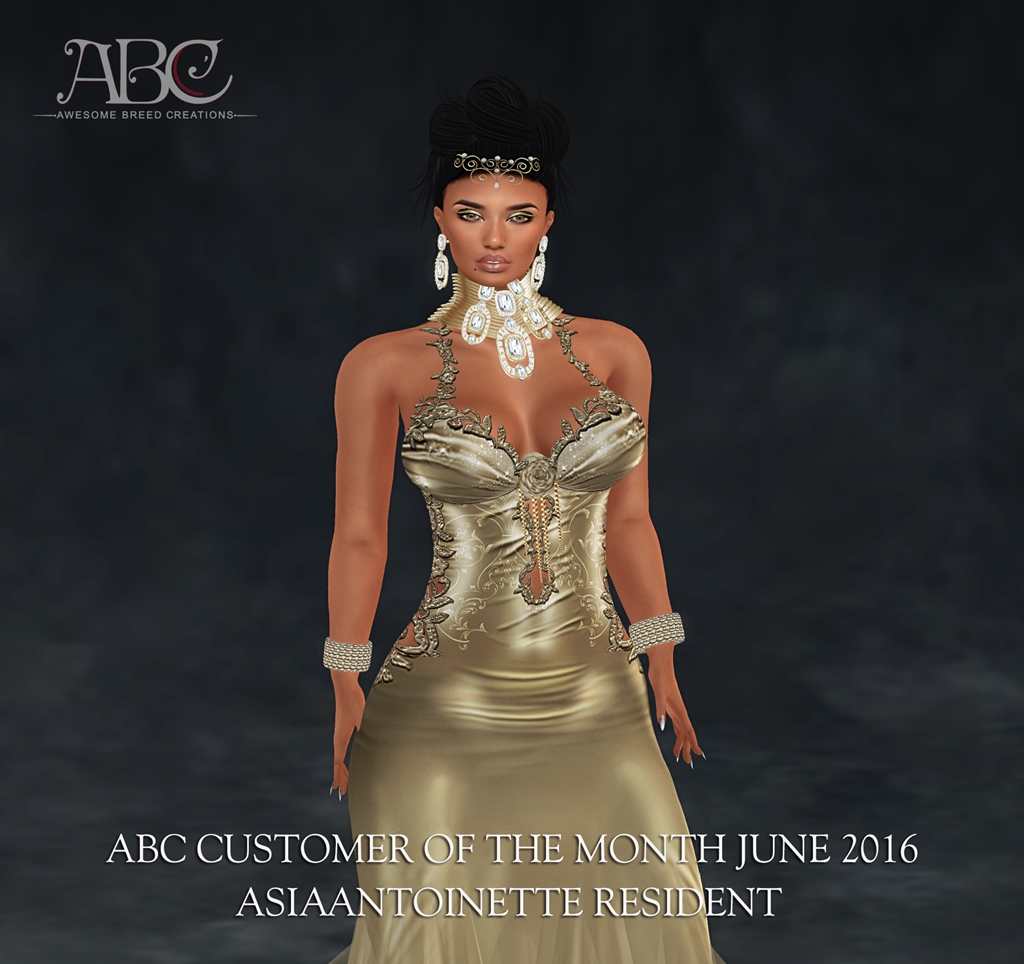 Thank you for always being such a positive person in all that you do. You are both humorous and persistently helpful in the main ABC Group chat and outside of it as well. 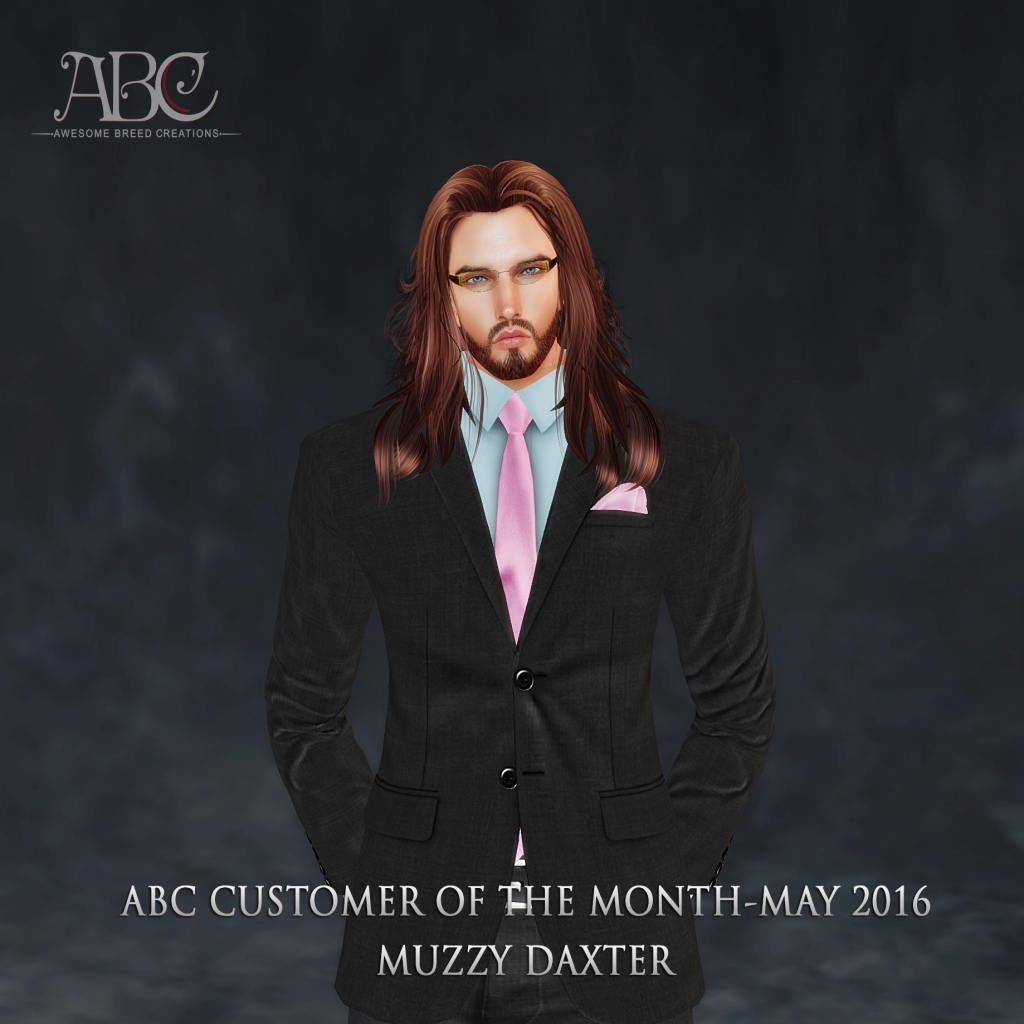 Thank you so much for being such a fun loving, easing going member of our community. When people speak of you they note your friendly demeanor and your willingness to help. 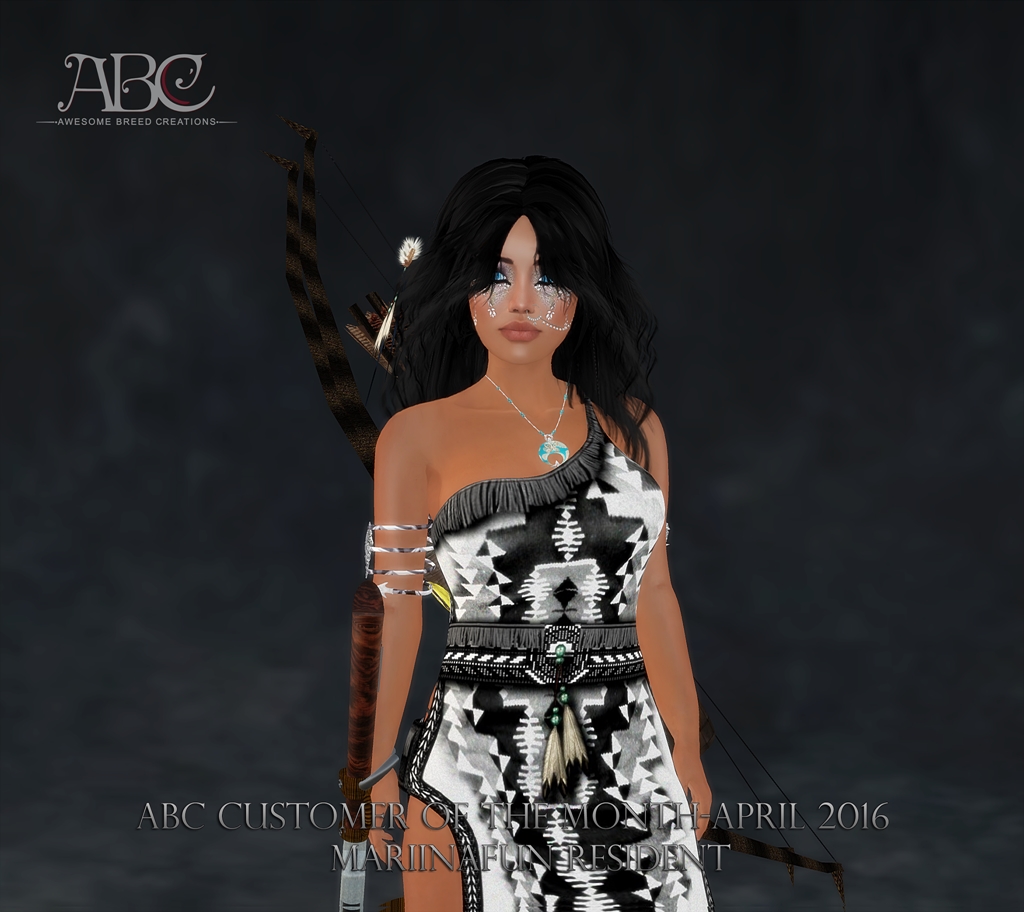 Thank you so much for being such a compassionate and positive member of our community. However the most notable gesture of friendship is your unwavering attention to the Museum that was maintained for so long. 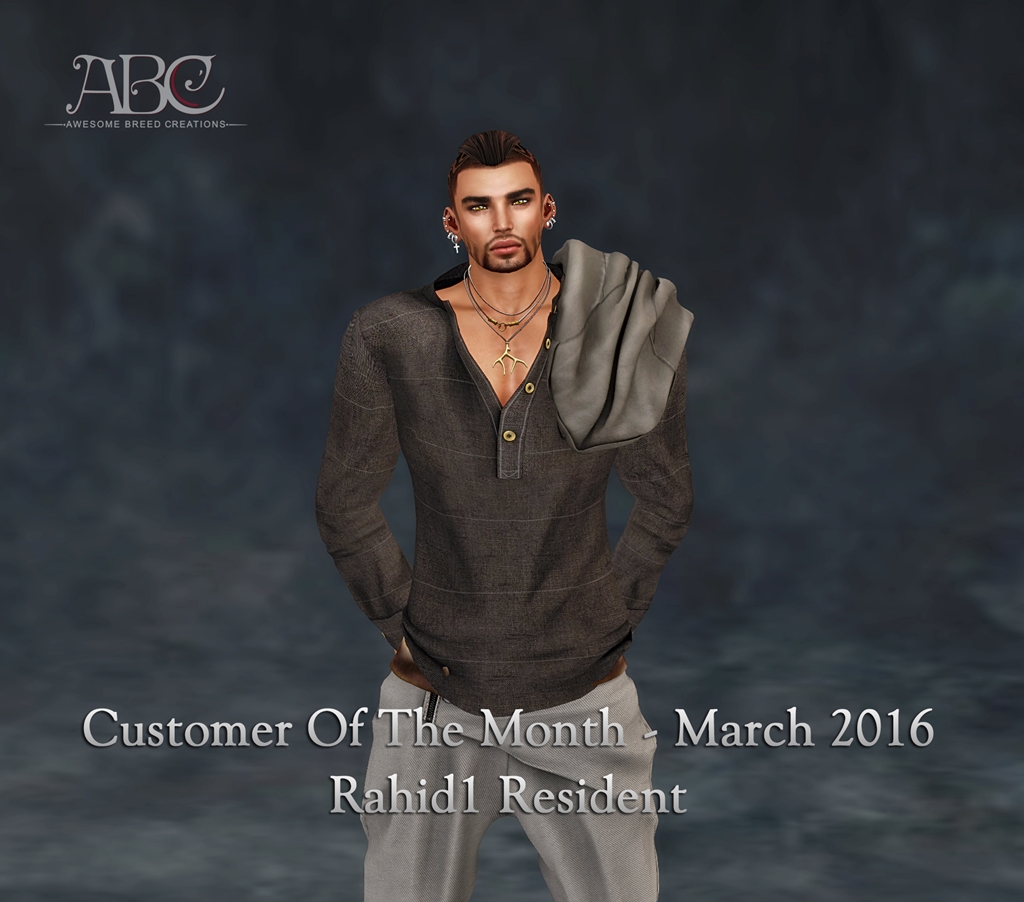 Thank you so much for being such a wonderful member of our community. You are a cherished person within ABC, many people have only the nicest things to say about you, your auctions and the way you treat others. 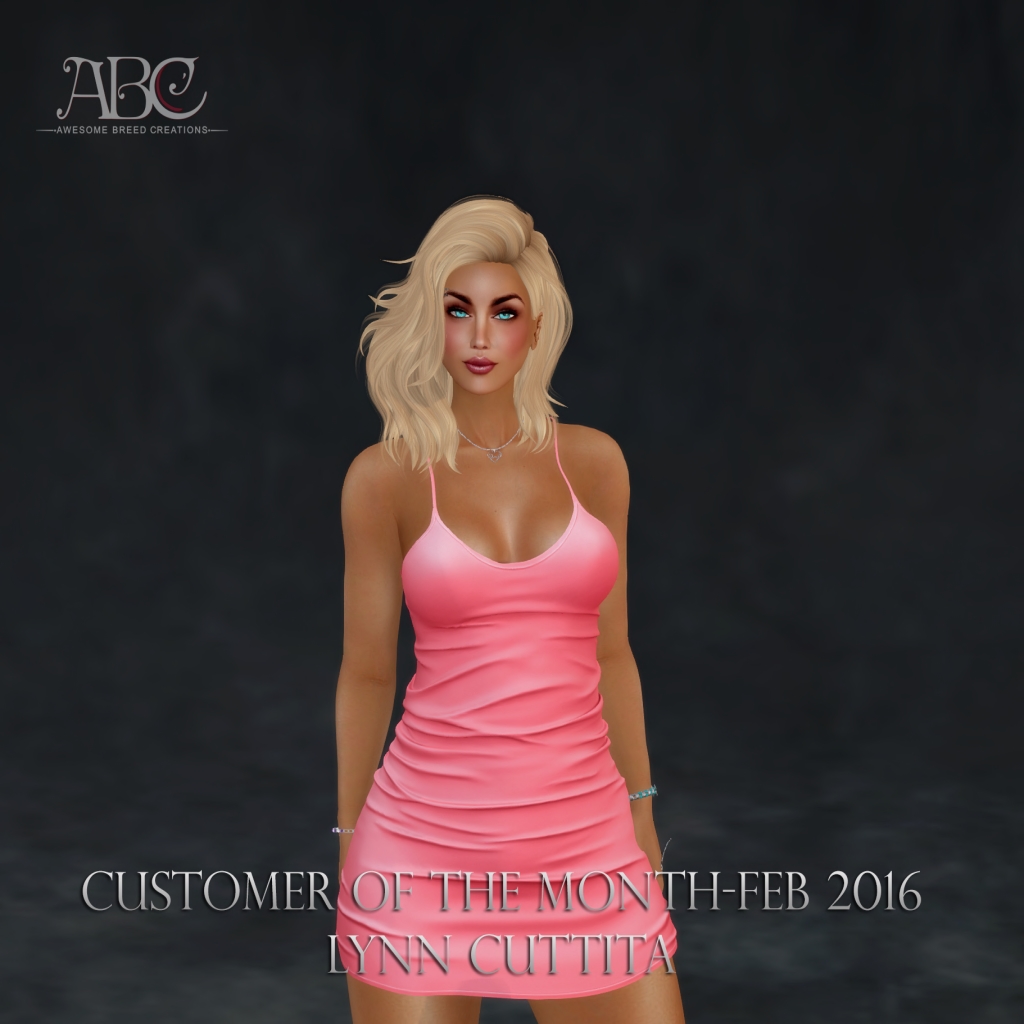 You have been described as being very empathetic for your fellow ABC’ers, helpful and kind beyond belief. It’s always been very apparent that you take great pride in your pets, and we enjoy that about you! 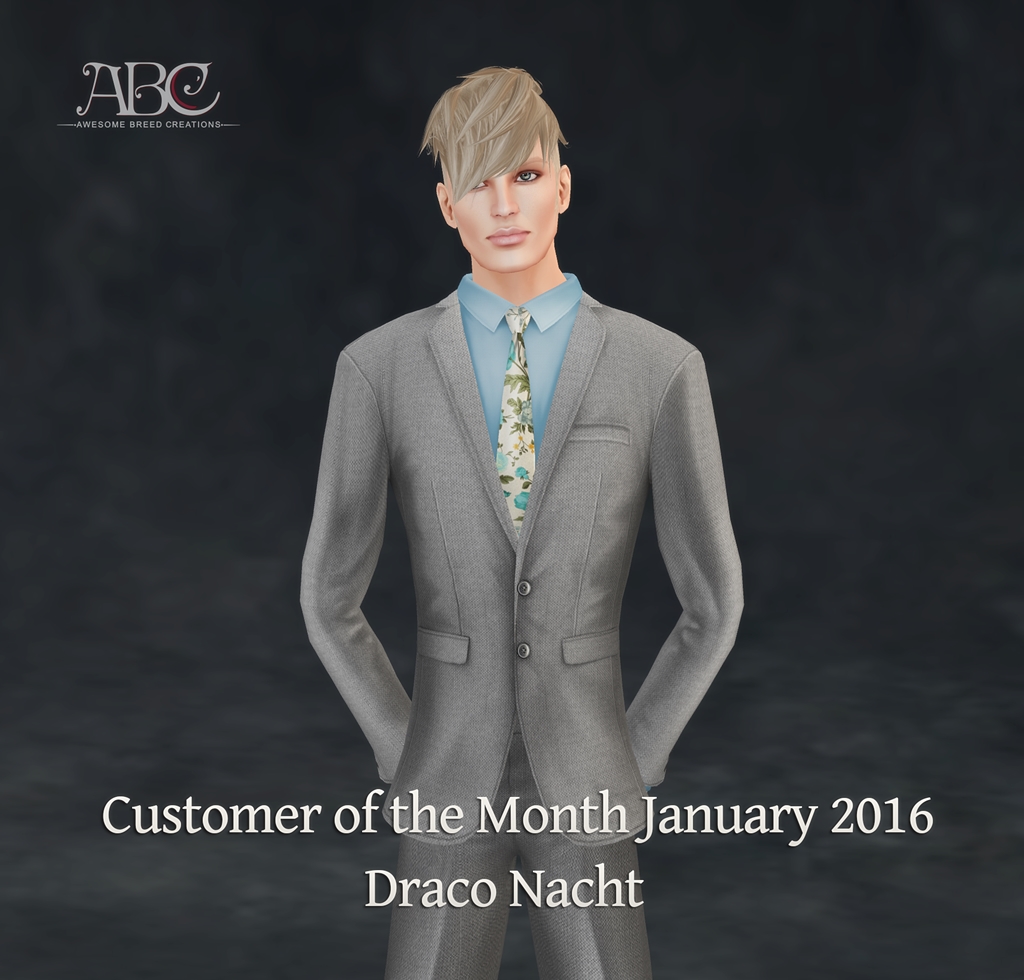 Thank you for being such a positive and helpful personality in our community. You have brightened many days, and helped many people along the way with a kindness that sets you apart and allows you to shine! 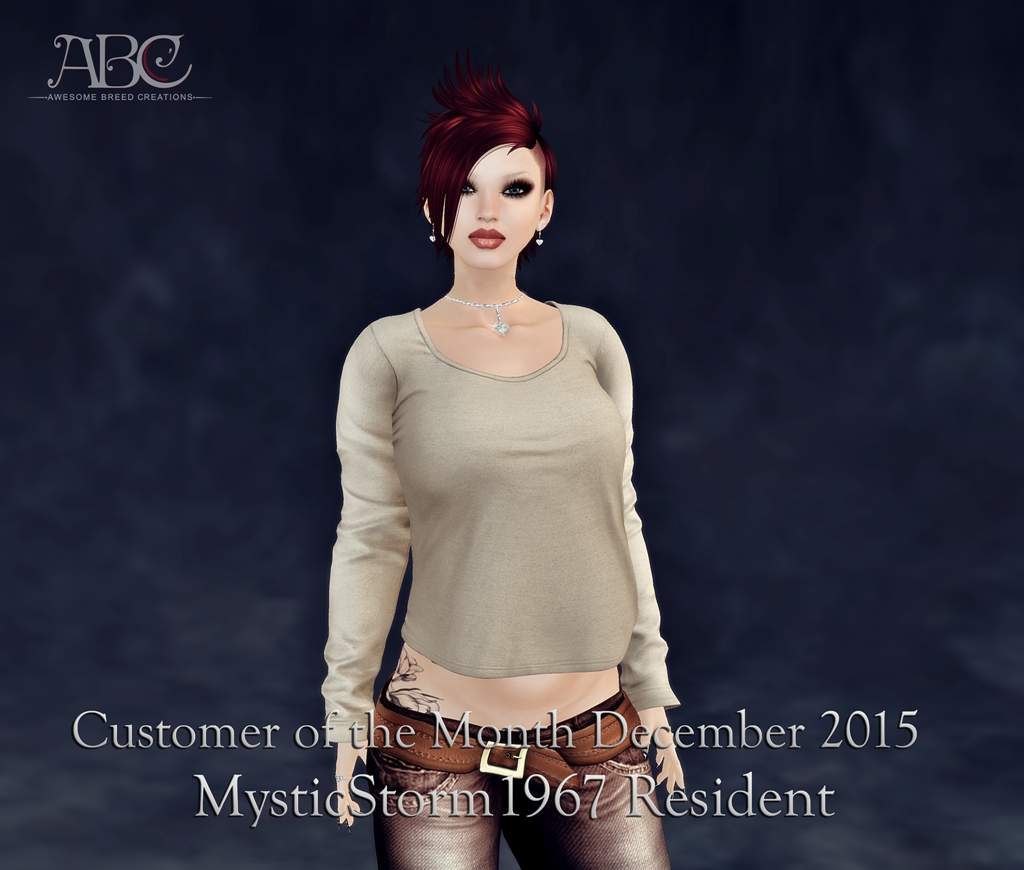 When his name comes up among so very many, both customer and staff alike, three words are often brought to light. Caring, Considerate and Calming. To so many of us he is one of the shining personalities within our community that we look forward to seeing each and every day. 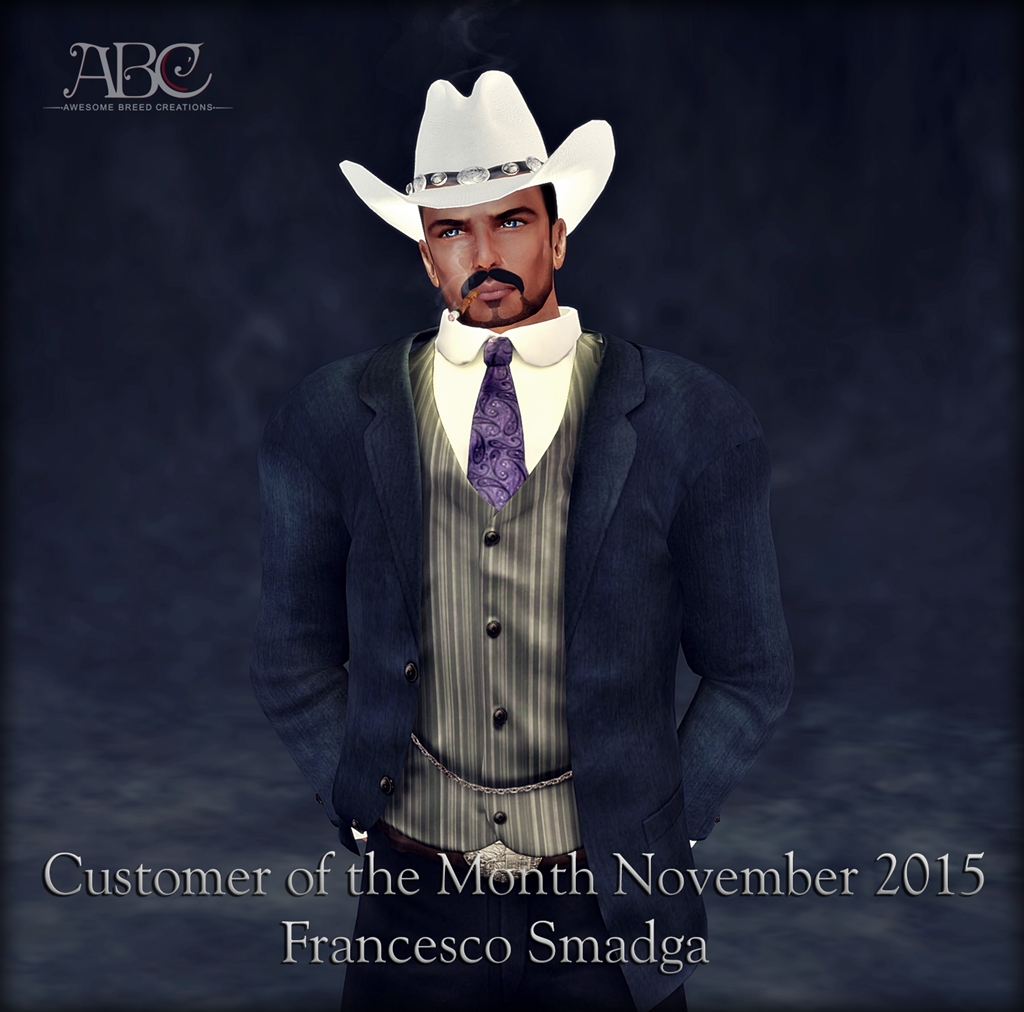